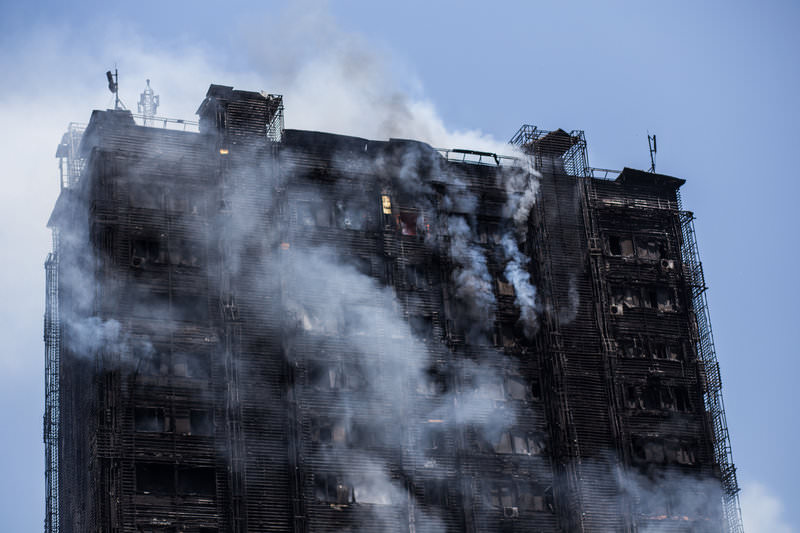 | Reuters Photo
by Daily Sabah with Agencies May 19, 2015 12:00 am
At least 15 people died and 63 were injured in a fire that occurred in a 16-storey apartment building in Azerbaijan's capital Baku on Tuesday, the health ministry said.

The massive fire took hold in the exterior cladding and, fanned by high winds, quickly engulfed the building. Firefighters have partially brought the blaze under control.

The health ministry said that at least two children were among those who perished in the fire.

Azerbaijan's chief prosecutor, Zakir Garalov, said the bad quality of plastic panels covering the building contributed to the fire and a criminal probe has been launched to determine the fire's cause.

A large number of fire engines, a helicopter and dozens of ambulances were dispatched to the scene.

A similar fire erupted in Baku earlier this month, but there were no injuries.
Last Update: May 19, 2015 7:44 pm
RELATED TOPICS