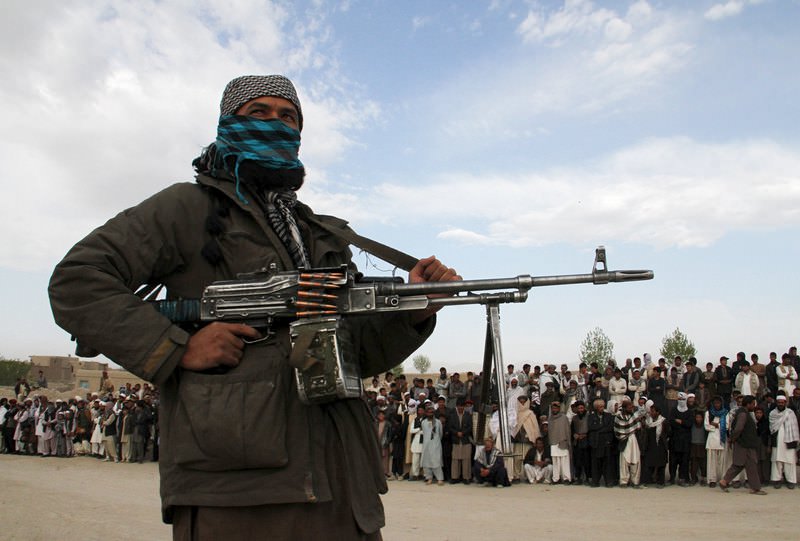 by Daily Sabah with DPA May 19, 2015 12:00 am
The intelligence agencies of Pakistan and Afghanistan have agreed to cooperate with each other in their fight against the terrorist group Taliban, apparently ending years of hostile relations between the two organizations.

A memorandum of understanding was signed between Pakistan's Inter-Services Intelligence (ISI) and Afghanistan's National Directorate of Security (NDS), a Pakistani military spokesman said on Monday.

The two agencies will share intelligence and coordinate operations against the Taliban militants under the plan, spokesman Major General Asim Saleem Bajwa said.

There was no official word on when and where the agreement was signed, but a Pakistani television report said the development came last week after Prime Minister Nawaz Sharif visited Kabul.

Sharif pledged support to Afghan President Ashraf Ghani in his country's fight against the Taliban during the visit in which he was accompanied by Pakistani military and intelligence chiefs.

Over the years, Pakistan and Afghanistan have been trading accusations of using Taliban militants as proxies to destabilize each other, but the relationship has improved significantly since Ghani took over last year.

Political and military leaders from both sides have been warming up to each other in recent months as Western troops ended their 13-year combat mission in the country facing a surge in Taliban violence.
Last Update: May 19, 2015 1:50 am
RELATED TOPICS