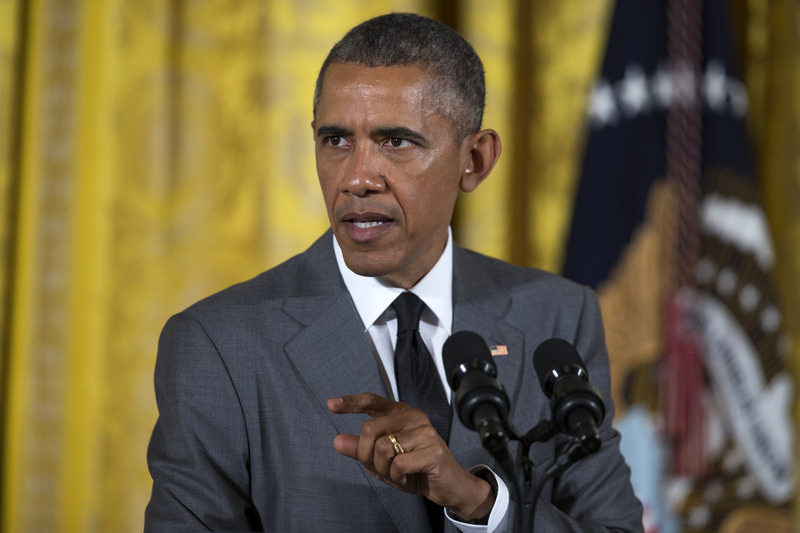 by Jun 02, 2015 12:00 am
U.S. President Barack Obama said on Monday Myanmar needs to end discrimination against Rohingya Muslims if it wants to succeed in its transition to a democracy, something he has sought to make a legacy of his presidency.

Speaking to young Asians invited to the White House, Obama said the United States was focused on making sure Rohingya who have been subject to human trafficking or were adrift at sea were relocated.

He commended Indonesia and Malaysia for taking thousands of those displaced and said the United States would also take some.

But following on from a question about what was required for Myanmar to succeed in its U.S.-backed transition from decades of military rule, he said:

"I think one of the most important things is to put an end to discrimination against people because of what they look like or what their faith is. And the Rohingya have been discriminated against. And that's part of the reason they're fleeing."

Asked where he would want to be if he were a Rohingya, he said he thought he would like to stay where he was born.

"I would want to stay in the land where my parents had lived, but I'd want to make sure that my government was protecting me and that people were treating me fairly."

Obama has invested significant personal effort and prestige in promoting democracy in Myanmar, traveling there twice in the past three years to push what he has hoped to be a legacy issue and an element of his strategic rebalance to Asia in the face of a rising China.

However, concerns have grown in Washington about a slowing of reform and the treatment of the Rohingya, a minority living in apartheid-like conditions in Myanmar's Rakhine state.

Myanmar denies discriminating against the Muslim minority, but more than 100,000 have fled persecution and poverty since 2012.

Myanmar says the Rohingya Muslims are illegal migrants from neighboring Bangladesh, and denied during a 17-nation meeting in Bangkok last week that it was to blame for a crisis in recent weeks that has seen more than 4,000 Rohingya and Bangladeshi "boat people" arrive across Southeast Asia.

A U.S. State Department spokeswoman said earlier on Monday that Washington had asked Myanmar to allow the immediate disembarkation of and provision of humanitarian assistance to 727 migrants found packed aboard a boat in the Andaman Sea and being held offshore by Myanmar's navy.