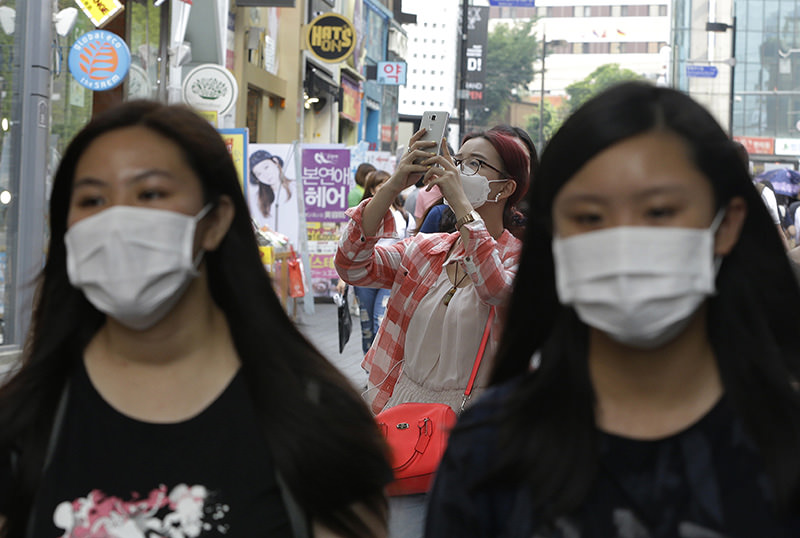 An 80-year-old man, who tested positive for the virus last week while being treated for pneumonia, died Monday and became the country's sixth death linked to MERS, according to a statement from the Health Ministry.

In the largest outbreak outside the Middle East, a total of 87 people in South Korea have been infected by MERS since last month. About 1,870 schools have closed and more than 2,000 people are isolated at their homes or state-run facilities after coming in contact with patients infected by the virus.

On Sunday, the government disclosed the names of the 24 hospitals where MERS patients have been diagnosed or had been treated before their condition was confirmed. This will allow people who have visited those facilities in recent weeks to report themselves if they are showing symptoms similar to MERS-related illnesses, officials said.

Deputy Prime Minister Choi Kyung-hwan said in a news conference on Sunday that there was no reason to believe that the virus would significantly spread further in the country.

"So far, all the MERS cases have been hospital-associated, and there has been no case of an infection in other social settings. We think we have a chance at putting the outbreak under total control," Choi said.

The U.N. health agency has reported that there's no evidence yet in South Korea of "sustained transmission in the community."

Choi said the government will also strengthen its monitoring of the hundreds of undiagnosed patients who are quarantined at their homes who might have contracted the virus. It includes tracking their whereabouts through cellphone signals.

MERS was discovered in 2012 and has mostly been centered in Saudi Arabia. It belongs to the family of coronaviruses that includes the common cold and SARS, and can cause fever, breathing problems, pneumonia and kidney failure. The virus has spread primarily through contact with camels, but it can also spread from human fluids and droplets.

The virus has no vaccine, and health experts say it spreads through close contact with infected people and not through the air.
Last Update: Jun 08, 2015 12:45 pm
RELATED TOPICS