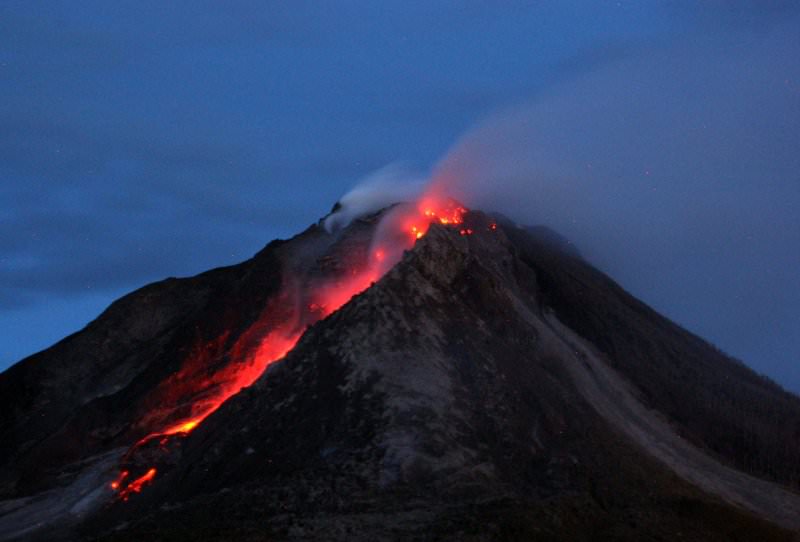 A long exposure picture shows molten lava spilling out from the crater of Mount Sinabung as it is seen from Tiga Serangkai village in Karo, North Sumatra, Indonesia, 13 June 2015 (EPA Photo)
by Daily Sabah with Agencies Jun 13, 2015 12:00 am
Indonesia's Mount Sinabung volcano has unleashed new powerful burst into the sky on Saturday, an official said, almost a week after authorities told residents to evacuate the danger zone.

Sinabung reportedly continues to spew volcanic ash, smoke and rock around 500 meters into the sky.

Authorities have been closely monitoring 2,460-meter (8,070-foot) -high Mount Sinabung on Sumatra, one of Indonesia's main islands, since June 2, when its status was raised to the highest alert level due to the growing size of its lava dome.

Volcanologists have warned that smoldering rocks mixed with hot gases may tumble down from the mountain at any time.

More than 2,700 people from villages within the danger zone of 7 kilometers (4.4 miles) from the crater have been evacuated to temporary shelters in Karo district. No casualties have been reported from this month's eruptions. 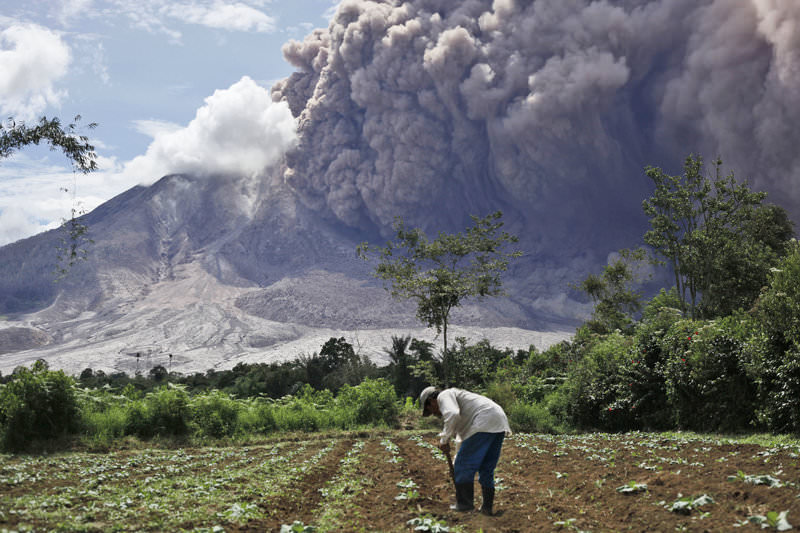 Mount Sinabung has erupted intermittently since late 2013. Sixteen people were killed and tens of thousands were temporarily displaced during an intense period of eruptions early last year.

Nearly 2,000 people are still living in temporary shelters since last year. Others either returned to their homes or were relocated elsewhere.

The mountain is one of 129 active volcanoes in Indonesia, which sits on the Pacific Ring of Fire.
Last Update: Jun 13, 2015 6:01 pm
RELATED TOPICS