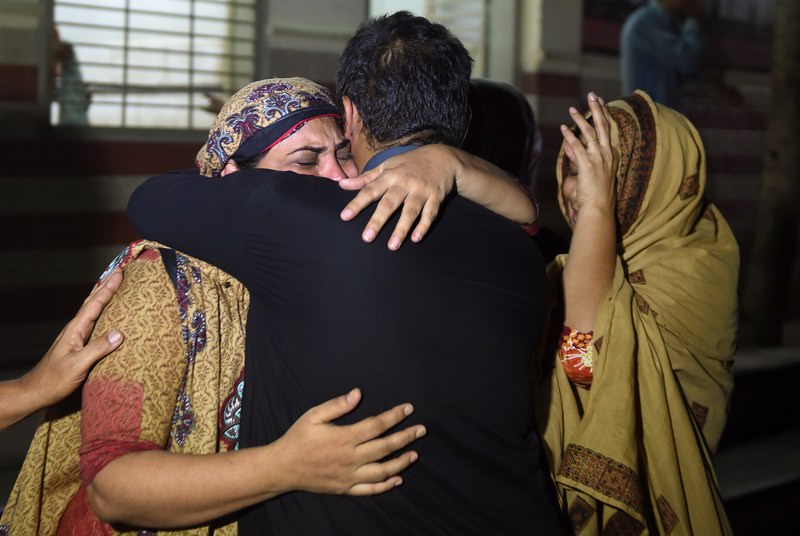 by Jun 21, 2015 12:00 am
A heatwave in Pakistan's largest city Karachi and other districts of southern Sindh province has killed at least 122 people as the provincial government imposes a state of emergency at all hospitals, cancelling leave for medical staff and increasing stocks of medical supplies , health officials said Sunday.

"Since Saturday 114 people have died in Karachi and eight others (have died) in three districts of Sindh," provincial health secretary Saeed Mangnejo told AFP.

The southern port city of Karachi saw temperatures reach as high as 45 degrees Celsius (111 degrees Fahrenheit) on Saturday, just short of an all-time high in the city of 47 C in June 1979.

Dr Seemin Jamali, the head of the emergency department at state-run Jinnah Hospital said more than 100 people had died at the hospital.
"They all died of heat stroke," she said.

Officials said all the deaths had occurred since Saturday evening.

Pakistan's Meteorological Department said temperatures would likely subside in the coming days, but doctors have advised avoiding exposure to the sun and wearing light cotton clothes.

The high temperatures were made worse by frequent power outages, sparking protests in several parts of Karachi, a sprawling city of 20 million.

Prime Minister Nawaz Sharif has warned electric supply companies that he would not tolerate power outages during Ramadan, an official in Sharif's office said.

Karachi University in a statement said that it had postponed its exams for at least one month due to the extreme weather.

Edhi Welfare Organisation, Pakistan's largest charity, said their mortuary had been packed to capacity with heatwave deaths and other casualties as 150 bodies were placed there.