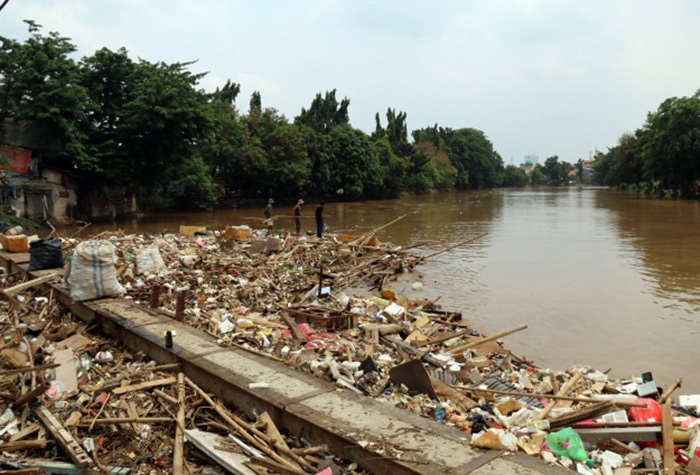 | AA Photo
by Anadolu Agency Jun 24, 2015 12:00 am
At least three people have been killed and 800 evacuated as heavy rains slammed the Philippines' Muslim south, resulting in flooding and landslides.

An official from the Disaster Risk Reduction and Management office in Tupi town, South Cotabato province, said on Wednesday that the three victims - including an elderly couple - had died in a landslide that hit Bunao village.

"Our search and rescue team is currently in the area to retrieve the bodies of the casualties and assess the situation there," Ira Aguinaldo told the state-run Philippines News Agency (PNA).

A landslide was also reported in nearby Lunen after part of a hill collapsed overnight during the heavy rains, which caused rivers and tributaries to overflow in the provinces of South Cotabato and Sultan Kudarat.

The disaster management agency reported that around 280 families comprising 600 individuals had been evacuated as flashfloods swept through eight villages of South Cotabato's Banga town.

Arman Palomar, Yangco village chief, told PNA that some of the families were forced to leave their homes as early as 2 a.m. on Tuesday, while around 75 houses were damaged by flooding reaching up to 4 feet high.

Three riverside communities were swamped after a spur dike gave way along the Banga River, while at least 117 hectares of farmland was damaged as a result of floods in seven villages.

Palomar said the offices of the local governor, mayor and Rep. Ferdinand Hernandez had already delivered food and other relief items to affected residents.

In Sultan Kudarat, around 200 people were also evacuated in Rajah Muda village in Tacurong City due to flashfloods along a major river, as classes were suspended in three schools.

Freno said Mayor Lina Montilla had ordered the immediate delivery of food and relief goods to affected residents, while local social welfare and health offices as well as police were assisting in relief operations.

Meanwhile, the Philippine Atmospheric, Geophysical and Astronomical Services Administration has announced that it expects one or two tropical cyclones to hit the country before the end of the month, and 11 to 16 before the year's end.

The PNA cited its officer-in-charge Dr. Vicente Malano as saying that the warming of the sea during the El Nino phenomenon currently affecting the region would likely trigger intense tropical cyclones, before drier conditions starting in October.
Last Update: Jun 24, 2015 3:04 pm
RELATED TOPICS