After heatwave deaths, 45 more dead due to heavy rains: India 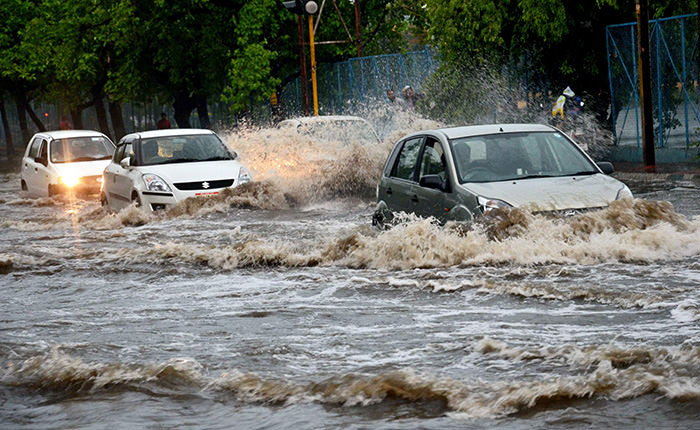 Authorities have evacuated more than 10,000 residents mainly from coastal areas of Gujarat following heavy rains in the last 24 hours, the state government said in a statement.

The coastal district of Amreli was the worst affected, with 36 people killed in flood-related incidents, a duty officer in the state's disaster control room said.

"There have been 41 deaths across the state with 36 in Amreli, three in Bhavnagar and two in Rajkot districts," the official told AFP.

India normally sees flooding during the monsoon but the intensity of this year's rains in Gujarat has surprised many.

The air force has been deployed to help with evacuations, including that of 44 passengers of a bus stuck on a flooded highway near Amreli town, the government's statement said.

In photos released by the defence ministry, families were shown huddling on rooftops of flooded homes awaiting rescue, along with washed out train tracks and roads.

India's weather bureau has forecast more heavy rain in Gujarat for the next two days.

As the monsoon sweeps across the country, flood warnings have also been issued in northern Jammu and Kashmir state -- hit by floods last year that claimed about 300 lives.

Waters were receding in northeastern Assam following floods there last week. But more than 20,000 people were still waiting to return home after moving to higher ground after the rain hit, the Press Trust of India said.

Nearly 900 hectares (2,223 acres) of farm land was also still under water in that state, the news agency added.

In May, more than 2000 people had died from a blistering heatwave sweeping India. The majority of casualties were reported from the southern states of Andhra Pradesh and Telangana, which saw their highest sustained summer temperatures in 12 years during the past week.