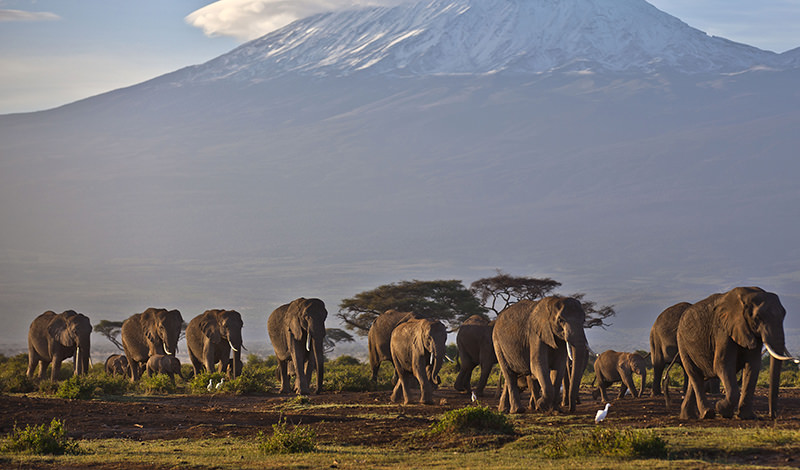 | AP Photo
by Associated Press Jun 25, 2015 12:00 am
Conservationists hail it as a possible game-changer in the struggle to curb the slaughter of elephants: an unexpected pledge by a senior Chinese official to stop the ivory trade in a country whose vast, increasingly affluent consumer market drives elephant poaching across Africa.

Now they are waiting in suspense for China to outline how and when it would ban an industry that criminal syndicates use as cover for their illicit business in tusks.

The ban could happen in 2017 when a legal stockpile of ivory in China is possibly depleted, predicted Zhou Fei, head of the China office of TRAFFIC, a wildlife trade monitoring organization. He said he is encouraged by the political will of China's top leadership to combat poaching that, by some estimates, has killed more than 100,000 African elephants in the past several years and prompted governments to publicly destroy confiscated ivory in major cities, including New York City last week.

The May 29 comment by Zhao Shucong, head of China's State Forestry Administration, came at a Beijing event in which 1,455 pounds (660 kilograms) of ivory were crushed, rendering tusks, carved statues and other ornaments useless for sale.

"Under the legal framework of CITES and domestic laws and regulations, we will strictly control ivory processing and trade until the commercial processing and sale of ivory and its products are eventually halted," Zhao said in an English-language translation of his speech that was provided by his office.

CITES is the Convention on International Trade in Endangered Species of Wild Fauna and Flora, which seeks to regulate the multi-billion dollar trade in wild animals and plants. China allows trade in ivory acquired before a 1989 CITES ban and from a onetime, CITES-approved purchase by China and Japan of an ivory stockpile from several African countries in 2008. Conservation groups say China's illegal trade has since flourished.

"The fact that China is now talking about shutting down its own market could be huge," Ginette Hemley, senior vice president of wildlife conservation at the World Wildlife Fund, said in a telephone interview with The Associated Press.

Hemley said, though, that a total ban was not "something that can happen overnight" and that it should be implemented carefully to prevent criminal groups funneling as much ivory as possible through the legal system before it ends.

In his speech, Zhao referred to an ivory trade ban as the seventh of 10 "major measures" on wildlife conservation, including tougher law enforcement and publicity campaigns aimed at Chinese abroad. The State Forestry Administration has relatively limited resources and would require the support of multiple Chinese government agencies to enforce a ban.

China has backed an ivory-carving industry as part of its cultural heritage, and Zhao did not say whether that industry, a valuable source of jobs, would also end.

In an email to the AP, Zhou of TRAFFIC China said he is confident about his 2017 prediction because he heard more encouraging comments from Zhao at a meeting last week on an anti-poaching operation dubbed Cobra III that netted several hundred arrests across Asia, Africa and Europe. Zhou said other factors influencing China as it considers an ivory trade ban are international pressure and "the benefit of legal trade vs damage of illegal trade to China."

In February, China announced a one-year ban on ivory imports. Pan Peng, a spokeswoman for the Chinese Embassy in South Africa, described the step as an "experimental approach" to gauge its effectiveness in countering the illegal trade. China has also said it cannot singlehandedly act against the ivory trade and wants more robust action from other countries.

Thailand is a major consumer market for ivory, and conservation groups have urged the United States to close legal loopholes that they allege allow illegal ivory to enter the country under the guise of limited, legal trade.

Peter Knights, executive director of San Francisco-based WildAid, said he believes that China is still trying to figure out the best way to implement an ivory ban.

"I think that is the single greatest step that could be done to reduce the poaching in Africa," Knights said in a telephone interview from Tanzania, whose elephant population has plummeted because of poaching.