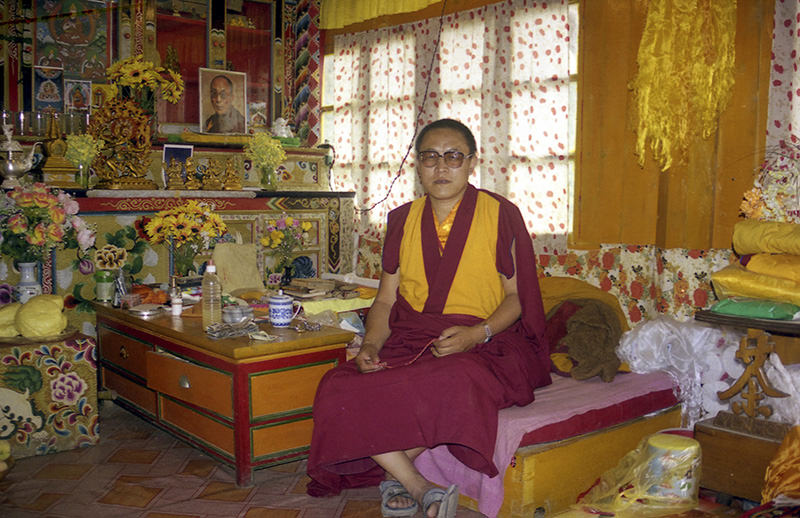 by Jul 19, 2015 12:00 am
A prominent Tibetan monk whose death in jail in China last week raised new questions about the rights of the Tibet community, suffered a heart attack after often refusing to see doctors or take medicine, the Xinhua news agency reported.

Tenzin Delek Rinpoche, 65, died in the Dazhu County People's Hospital in southwest China's Sichuan province, near the prison where he had been serving a life sentence for "crimes of terror and incitement of separatism".

Tenzin Delek Rinpoche's sister, Dolkar, said on Thursday he had been cremated against his family's wishes and in violation of Tibetan Buddhist traditions. She also said officials had not told her the cause of his death, adding to her suspicions.

The Xinhua state news agency said a guard had found Tenzin Delek Rinpoche was not breathing after he took a nap at around mid-day on July 12.

"Doctors of the hospital's emergency centre came to rescue and sent him for further treatment in the hospital's ICU (intensive care unit)," Xinhua said, adding he was declared dead about an hour later.

His right to health care has been guaranteed since his imprisonment but "many times, (he) either refused to see doctors or take medicine, fluctuating his symptoms", it said.

Tenzin Delek Rinpoche was a supporter of the Dalai Lama, Tibet's exiled spiritual leader who Beijing accuses of being a dangerous separatist.

He was sentenced to death with a two-year reprieve in 2003 after being found guilty of masterminding five bombings in Sichuan province, Xinhua said. The sentence was later commuted to life in prison.

The United States, the European Union and international rights groups had called for his release.

China has ruled Tibet with an iron fist since it took over the region in 1950, and has cracked down heavily on those who support the Dalai Lama, who fled into India in 1959 following an abortive uprising.