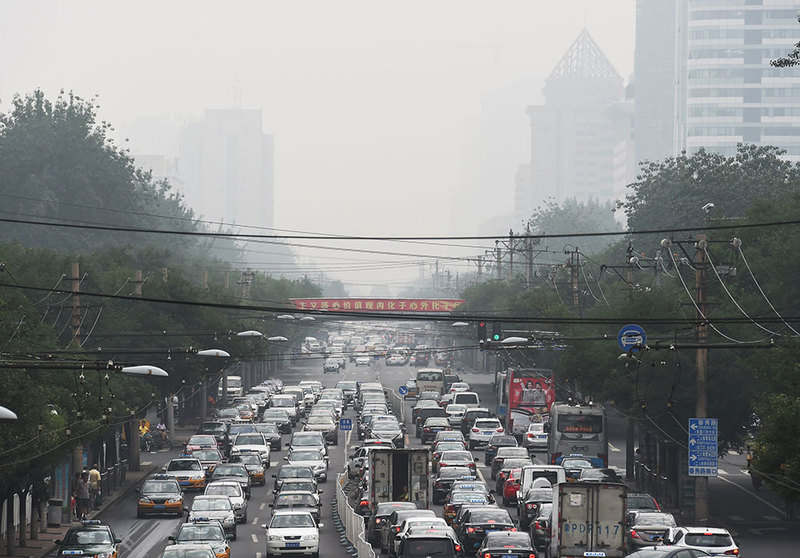 by Aug 03, 2015 12:00 am
Beijing will limit the number of vehicles on the streets and shut factories to ensure clean air during a commemoration of the 70th anniversary of the end of World War Two, the government and media said on Monday.

The heavily polluted capital, often cloaked in a choking grey haze, will hold a military parade on September 3, which is likely to center around Tiananmen Square in the heart of the city.

The parade will be a highlight of a series of events the government has planned for the anniversary of Japan's formal surrender on September 2, 1945.

From August 20 to September 3, the city will halve the number of vehicles allowed on the streets, restricting cars according to their license plate numbers, the People's Daily, the ruling Communist Party's official newspaper, said on its microblog.

The city will also impose temporary controls on industry, coal-burning boilers and construction, forcing them either to stop or curb operations during the period, the government said on its microblog account on Weibo.

The capital, which has been enveloped by smog for the past few weeks, often enacts pollution controls ahead of major events such as the 2008 Olympic Games and a meeting of Asia-Pacific Economic Cooperation (APEC) forum leaders last year.

The city government said it was drawing from the experience of the 2008 Games and the APEC meeting to ensure "the full protection of air quality during the commemoration."

Workers will also be given three days off over the anniversary, ostensibly to ease congestion.

The air quality in Beijing is also a matter of concern for the city's bid to host for 2022 Winter Olympics.

Chinese communist and nationalist forces battled Japanese forces that occupied much of China between 1937 and 1945, leading to the death of 20 million Chinese civilians.

The Chinese forces later fought a civil war which communist forces won in 1949.