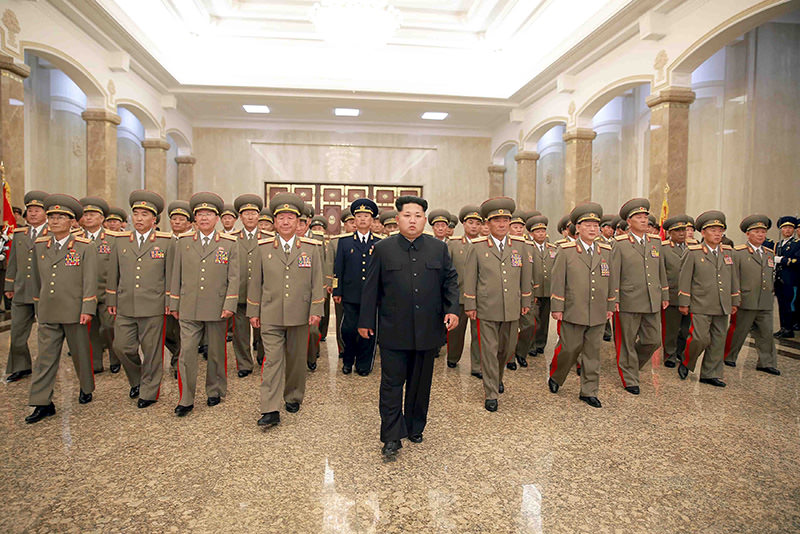 by Associated Press Aug 07, 2015 12:00 am
North Korea said Friday it will establish its own time zone next week by pulling back its current standard time by 30 minutes.

Local time in North and South Korea and Japan is the same nine hours ahead of GMT. It was set during Japan's rule over what was single Korea from 1910 to 1945.

The establishment of "Pyongyang time" is meant to root out the legacy of the Japanese colonial period, the North's official Korean Central News Agency said. It said the new time zone will take effect Aug. 15 the 70th anniversary of Korea's liberation from Japanese rule at the end of World War II.

"The wicked Japanese imperialists committed such unpardonable crimes as depriving Korea of even its standard time while mercilessly trampling down its land with 5,000-year-long history and culture and pursuing the unheard-of policy of obliterating the Korean nation," the KCNA dispatch said.

The North's move appears to be aimed at bolstering the leadership of young leader Kim Jong Un with anti-Japan, nationalistic sentiments, said Yang Moo-jin, a professor at the University of North Korean Studies in Seoul. Kim took power upon the death of his dictator father, Kim Jong Il, in late 2011.

Many Koreans, especially the elderly, on both sides of the border still harbor deep resentment against Japan over its colonial occupation. Hundreds of thousands of Koreans were forced to fight as front-line soldiers, work in slave-labor conditions or serve as prostitutes in brothels operated by the Japanese military during the war.

South Korea says it uses the same time zone as Japan because it's more practical and conforms to international practice.

Seoul's Unification Ministry said Friday that the North's action could bring minor disruption at a jointly-run industrial park at the North Korean border city of Kaesong and other inter-Korean affairs. Spokesman Jeong Joon-Hee said the North's new time zone could also hamper efforts to narrow widening differences between the Koreas.

The two Koreas were divided into the capitalist, U.S.-backed South and the socialist, Soviet-supported North after their 1945 liberation. They remain split along the world's most heavily fortified border since their 1950-1953 Korean War ended with an armistice, not a peace treaty.

Most time zones in the world differ in increments of an hour and only a small number of countries like Iran and Myanmar use zones that are offset by a half-hour.

The time zone that North Korea plans to use is what a single Korea adopted in 1908, though the peninsula came under the same Japanese zone in 1912, two years after Tokyo's colonial occupation began. After the liberation, North Korea has maintained the current time zone, while South Korea had briefly used the old zone from 1954 to 1961.
Last Update: Aug 07, 2015 3:40 pm
RELATED TOPICS