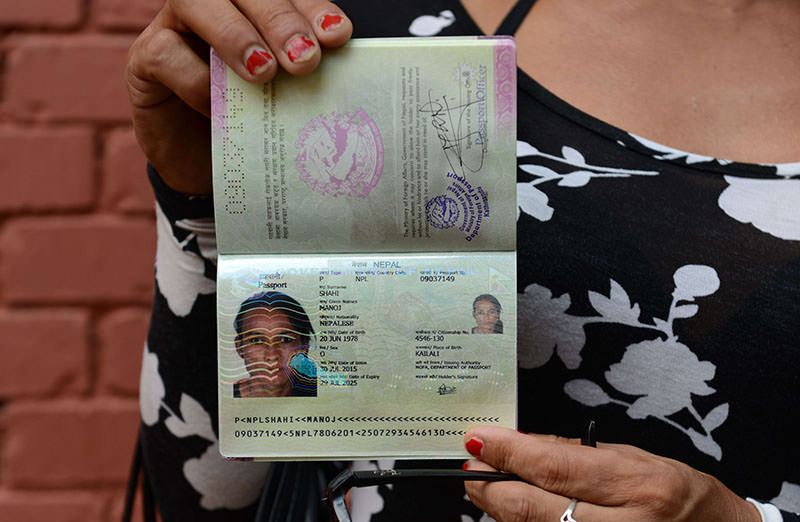 Nepalese transgender and the first recipient of a Nepalese transgender passport, Monica Shahi from Kailali district displays her new passport with ,O, for other in the document's gender section, in Kathmandu on August 10, 2015 (AFP photo)
by Aug 10, 2015 12:00 am
Nepal on Monday issued its first passport to a third-gender person, authorities said.

A passport indicating "O" signifying "other" was issued to a third gender individual, Monica Shahi, by the Foreign Ministry's Passport office.

"This is not about Monica Shahi but about the world ... This is about identity," Shahi said.

"I hope we can convey to the international world that we are a strong country. I hope this is a message supporting the minority that we can send out to the world," Shahi said.

"We would now like to request the government to legalize same-sex marriage," the 37-year-old said.

"We need to see how this will be accepted internationally," said Manisha Dhakal, a transgender and a member of Blue Diamond society, which works for the rights of sexual minorities.

"I am sure there are many gender and sexual minorities who will benefit from this positive development," Sunil Babu Panta, Nepal's first, openly gay former lawmaker told dpa by email.

The only other countries which allow third-gender, or gender 'X' passports are Australia and New Zealand.