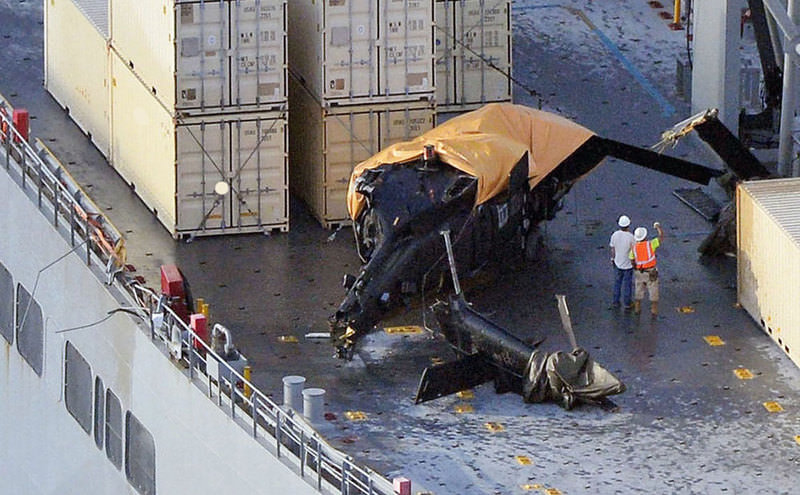 by Daily Sabah with Agencies Aug 12, 2015 12:00 am
A U.S. military helicopter made a "hard landing" as it was landing to a cargo ship in off Japan's southern island of Okinawa coast on Wednesday.

Initially, it was reported that three crew members have been rescued but two were missing, and Japanese coast guard launched a search operation to fin the missing crew members.

U.S. based NBC News later reported that 6 out of the 17-member helicopter crew were injured during the landing, which led UH-60 Black Hawk's tail to break away.

The crash site is possibly near the site of a proposed relocation of the Marine Corps Air Station Futenma on Okinawa, where more than half of about 50,000 American troops in Japan are concentrated. Many Okinawans are opposed to the plan because they want the base completely off the island.