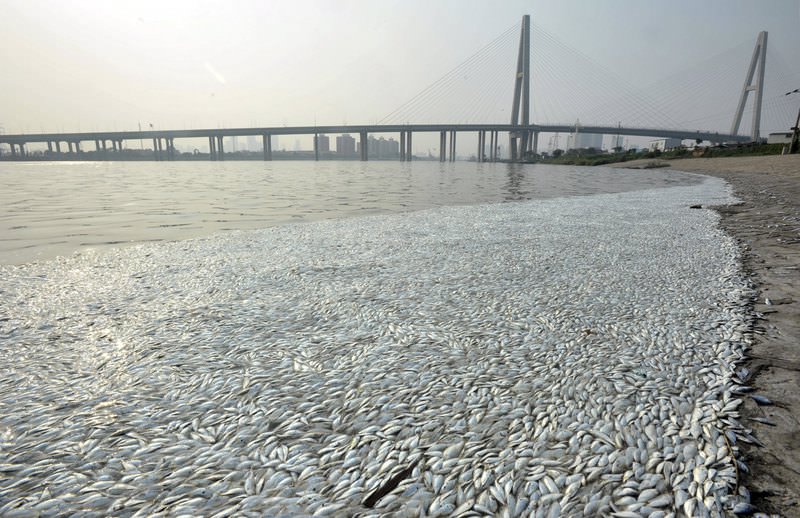 Chinese authorities placed rabbits, chickens and pigeons near the scene of last week's massive explosion at a warehouse in the port city of Tianjin, in an apparent attempt to calm fears about toxic chemicals in the air and water after a large number of dead fish were found in the city's Haihe River early Friday which stoked fear that contamination has spread.

Earlier that day, Deng Xiaowen, a Tianjin environmental monitoring official, said that many factors could have caused their death and a team was verifying the cause.

State news agency Xinhua reported that no toxic levels of cyanide were detected in a water sample taken from where the fish were found late Thursday.

Deng Xiaowen, a Tianjin environmental monitoring official, also added that many factors could have caused their death and a team was working to verify the cause. 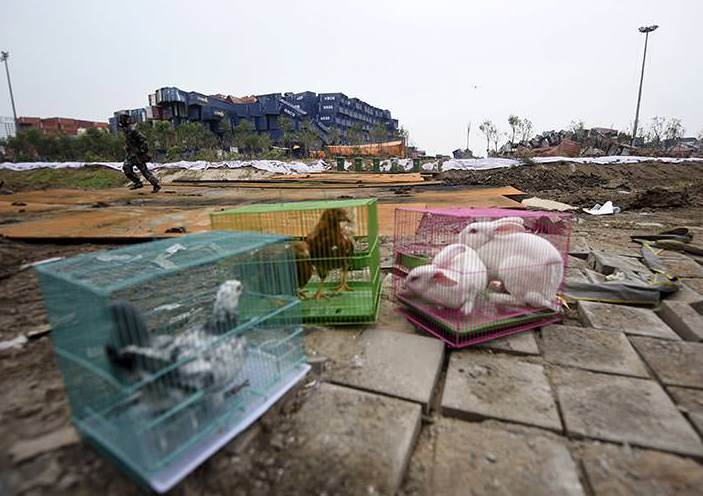 The birds and animals, held in small, brightly coloured cages, survived spending two hours at the site of the blasts, local media reported.

City officials have repeatedly said contaminants found in the wake of the blasts, including deadly sodium cyanide, pose no risk to the public.

But concern about longer-term environmental degradation and the potential impact on human health has grown this week, particularly after authorities confirmed that more than 700 tonnes of sodium cyanide were stored at the warehouse that blew up.

State media on Thursday showed pictures of thousands of dead fish washed up on the shores of a river about 6 km from the blast site, though it was unclear whether there was any link to the explosions. The photos were widely circulated on Chinese social media, stoking public anxiety.

City officials have said they did not find dangerous levels of sodium cyanide in the river, and the fish died from an oxygen deficiency, not from poisoning.