What is different this time in the Korean standoff? 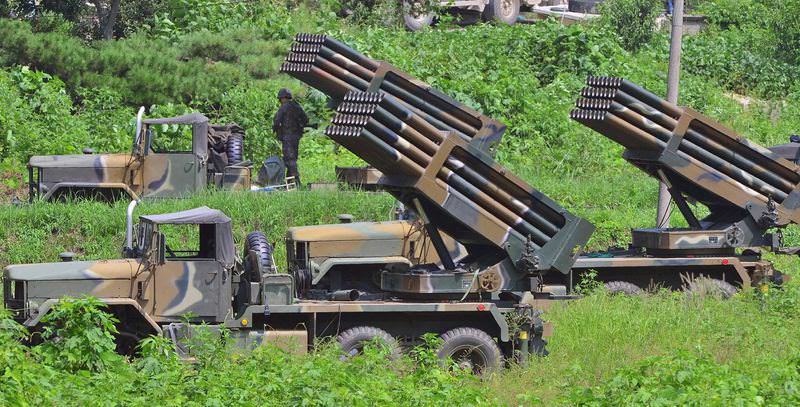 by Associated Press
Aug 24, 2015 12:00 am
For years, North Korea's litany of threats has been largely dismissed. Seoul, after all, is still not drowning in a "sea of fire," despite Pyongyang's repeated promises to make it so. Even though the Koreas held high-level talks Saturday following the North's deadline for the South to remove propaganda loudspeakers or face war, the standoff has raised concerns that Pyongyang could finally mean what it says. So what has been different this time?

Partly, it's North Korea's apparent willingness to back up an earlier vow to attack the anti-Pyongyang loudspeakers and also on the specificity of its Saturday deadline. There was surprise when South Korea's military reported Thursday that North Korea had fired across the border, and was then met by dozens of shells from the South. If the North attacked once, some argue, it may be more likely to back up its newest threat, especially if a very specific deadline was ignored, as Seoul had indicated it would do. The new sense of worry also comes from uncertainty about the young, third generation leader now at the helm in the North, Kim Jong Un.

Earlier North Korean leaders, the country's founder, Kim Il Sung, and his son Kim Jong Il, were masters of brinksmanship, men who knew how to play a dangerous game where threats and provocations were pushed to a straining point, but not to breaking, to extract concessions and aid. Kim Jong Un, however, is seen as lacking the same savvy, experience and, after a series of bloody, high-level government and military purges, the necessary good counsel. With tens of thousands of troops and military hardware facing off along a border within easy striking range of Seoul's 10 million residents, a nagging uncertainty about what Kim will do makes it harder to ignore threats of war, even if past declarations have often been bombast.

There has been bloodshed in skirmishes in recent decades, but the fighting has not escalated. The risk of things getting out of hand seems greater now because South Korea, in the wake of a humiliating exchange in 2010, when a surprise North Korean artillery attack killed four, has instructed its military to hit back much harder if attacked. Even so, and granting the important caveat that predicting North Korea's behavior in advance is largely a fool's errand, there are still some important signs that tensions will ease. For the most part, North Korea's authoritarian leadership, while considered unpredictable by outsiders, is overwhelmingly consistent on one major point: The Kim family's rule must be protected.

While proud and incredibly sensitive to perceived slights from the outside, and therefore furious over the criticism being piped across the border on the South Korean loudspeakers, Pyongyang is reluctant to do anything to jeopardize the all-powerful position the Kims have enjoyed since founding the country in 1948. Insults must be answered, of course, in over-the-top state media propaganda and declarations from troops and citizens showcasing a willingness to crush the enemy. But this is largely for the benefit of a domestic audience that cannot be allowed to see Kim Jong Un in anything but a heroic light. Pushing things to a full military conflict would be suicide. The United States stations tens of thousands of troops in South Korea, and both Seoul and Washington far outclass Pyongyang in their weapons' technology and effectiveness. North Korea could do serious damage to Seoul, even rusty artillery, when plentiful and close-by, can be deadly, but a war would eventually destroy the Kim family. North Korea has constructed face-saving scenarios and turned back from the brink before, and both sides seem to have pulled their punches in the initial conflict, reportedly sending their shells into remote areas. De-escalation may also be more likely because this standoff comes as 80,000 troops from the United States and South Korea participate in annual summer war games. While North Korea hates the drills and calls them preparation for a northward attack, now is a particularly bad time to start a war.