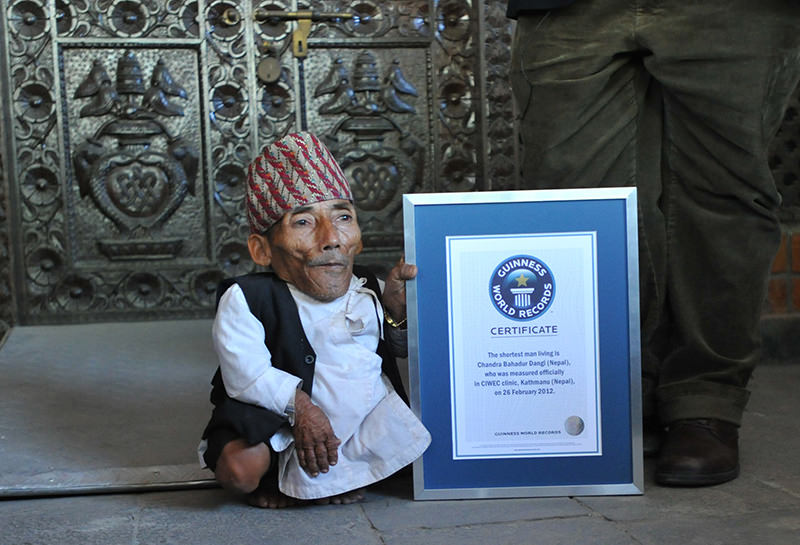 by Sep 05, 2015 12:00 am
The world's shortest man, as verified by the Guinness Book of Records, has died of an undisclosed illness in American Samoa, a hospital spokeswoman said Friday.

The 75-year-old lived in a remote village around 400 kilometres (248 miles) from Kathmandu but travelled the world after he was officially declared the world's smallest man, posing for a photograph with world's tallest man Sultan Kosen in 2013.
Last Update: Sep 05, 2015 10:48 am
RELATED TOPICS