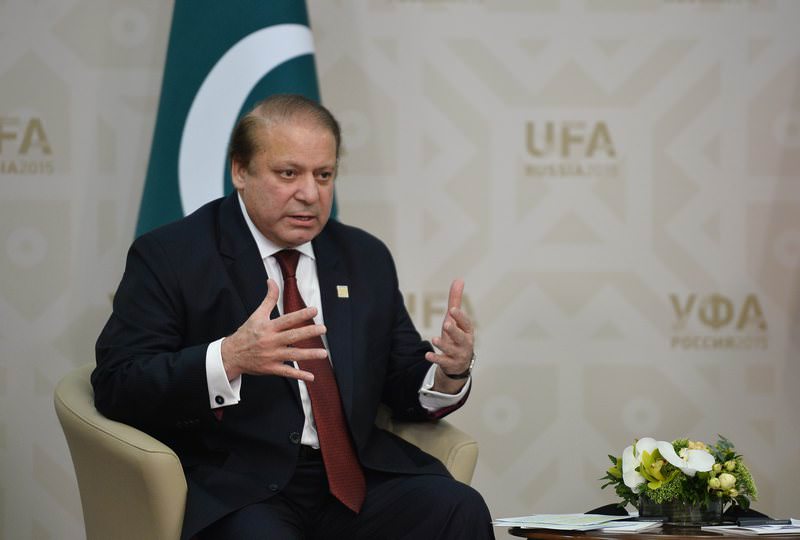 Pakistani PM N. Sharif speaks during a meeting with Russia's Vladimir Putin at the SCO (Shanghai Cooperation Organisation) summit in Russia, 10 July 2015. (EPA Photo)
by Daily Sabah Sep 15, 2015 12:00 am
Pakistani Prime Minister Nawaz Sharif said that he had refused an offer made by the U.S. President at the time to prevent Pakistan from carrying out nuclear tests.

Stating that the U.S. had tried to persuade him many times to stop nuclear tests, the Pakistani PM said that he rejected the offer for 'the honor and interest' of his country.

Remarking that terrorist acts in the country have decreased greatly, Sharif said that a rapid progress was seen at the economic front. He announced a relief package of 341 billion rupees for farmers at the Kissan Convention in Islamabad on Tuesday.

Farmers who install solar tube wells will be given the option of interest-free loans, added the PM.

Farmers who produce fruits, vegetables and grains will also be exempt from income tax, said Sharif

The PM further added that farmers should "adopt progressive measures to increase agricultural productivity" in the country.

Sharif is expected to attend the UN General Assembly session next week.

Pakistan had previously announced on May 28, 1998 that it had conducted five successful nuclear tests, right after India had carried out a set of tests on May 12.