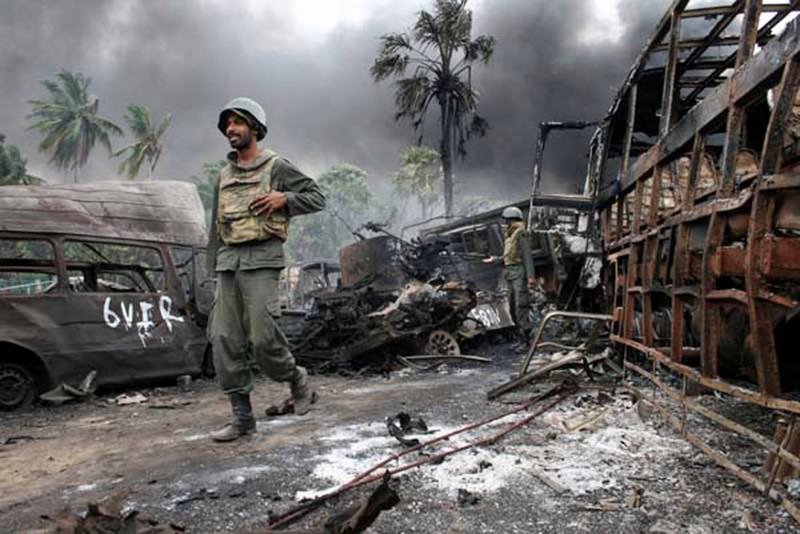 by Associated Press Sep 17, 2015 12:00 am
The U.N.'s top human rights official is urging the creation of a special court to look into atrocities committed during Sri Lanka's long civil war, which left tens of thousands dead.

Zeid Raad al-Hussein pointed to horrific abuses during the conflict, including torture, executions, and sexual abuse by security forces, as well as suicide attacks, assassinations and recruitment of child soldiers by rebels. In a 270-page report focusing on the period from 2002 to 2011, he called Wednesday for a "special hybrid court" that would include foreign judges and investigators.

The report comes as the United States is expected to present a resolution at the U.N. Human Rights Council in Geneva that aims to improve accountability in Sri Lanka. Rights groups and some governments have urged that an international investigation be undertaken, but Sri Lanka has resisted, saying it would handle the topic domestically.

Zeid hoped the U.N. report will help pave the way for "a most intense reckoning with the past," insisting that Sri Lanka "will never escape the stinging tentacles of its past" until victims receive some redress. However, he cautioned that details remain to be worked out, such as the extent of the international role in the hybrid court. He said Sri Lanka's own courts are not yet ready to carry out a fair judicial process. "It has to be a court that meets the expectations of victims and the international community alike," he said.

Sri Lanka's quarter-century civil war ended in 2009 when government forces defeated Tamil Tiger rebels, who had been fighting to create a separate state for ethnic minority Tamils. At least 80,000 people were killed, and possibly many more, including up to 40,000 civilians in the last month of the war, according to U.N. estimates.

Zeid said Wednesday's report had not determined that genocide had taken place, but didn't rule out that possibility. He said the report was based on a human rights investigation, not a criminal probe. The report's authors had access to witnesses outside the country, but were not able to question witnesses, victims or alleged perpetrators in Sri Lanka. Still, the report's release has been highly anticipated in Sri Lanka and is expected to contribute the national and international debate about the best ways to seek accountability for the atrocities there.

As the rights council opened a three-week session Monday, Sri Lankan Foreign Minister Mangala Samaraweera announced the launch of a truth and reconciliation commission modeled partly on one in post-apartheid South Africa.

The council has been licking its wounds over Sri Lanka since a resolution that year passed with support of Brazil, Cuba, India and Pakistan that praised its military and government for handling the final deadly phase of the war. Yet years of denials, evasions and efforts to skirt prosecution by authorities have enraged many victims' families.

Outside the U.N. offices in Geneva, a victims' advocacy group set up a tent Wednesday featuring pictures of those killed or disappeared.

Yameen Sithy, a Muslim woman from Colombo, wiped her eyes as she told reporters through a translator about her son, trishaw driver Mahomed Hakeem, who disappeared in March 2009 after trying to help a Tamil passenger of his who was abducted by unknown attackers. "I hope I can find my son," she said, holding up his photo.
Last Update: Sep 17, 2015 1:53 am
RELATED TOPICS