Japan takes step toward having a 'normal' military 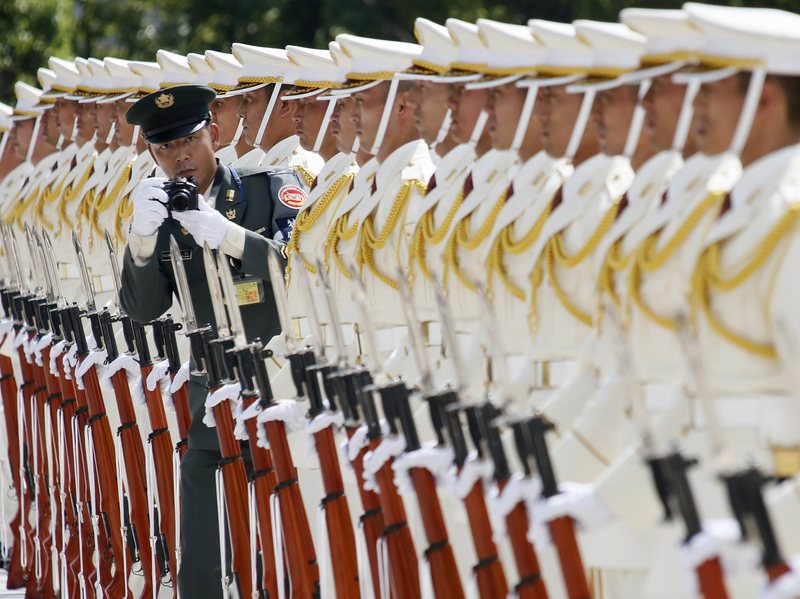 by Associated Press
Sep 21, 2015 12:00 am
In the wee hours of Saturday morning, Japan took a step toward having a military in line with most armed forces around the world, one that would be able to take part in combat even when the country is not under direct attack. Not everyone agrees that would be a good thing, as the noisy street protests outside parliament and the requisite criticism from China show. But conservatives in the ruling Liberal Democratic Party, who have long chafed at restrictions on Japan's military under a constitution imposed by a victorious United States after World War II, want to undo what they consider unreasonable limits on the nation's armed forces.

While Japan's military remains far from unfettered, the package of bills approved by parliament is a further step in a gradual erosion of the restrictions that has been underway for more than two decades. The actual changes under the new laws may not be huge, but Prime Minister Shinzo Abe, over heated opposition, has achieved a significant shift in Japan's security framework, nudging his nation closer to having what proponents call a "normal" military.

Initially after World War II, Japan wasn't supposed to have a military at all. The United States, which occupied Japan from 1945 to 1952, wanted to banish the militarism that led to the war. Under Article 9 of a new constitution adopted in 1947, the Japanese people renounced the use of force to settle international disputes, and the right to maintain land, sea and air forces for that purpose.

U.S. thinking, though, changed with the outbreak of the Korean War. It began to view Japan as a potential Cold War ally rather than a threat. At American insistence, Japan created what is called the Self-Defense Force in 1954. While some still question its constitutionality, most now accept that Article 9 allows Japan to have what has become a sizeable and well-equipped military to defend the country. Over time, the government, again often under U.S. pressure, has repeatedly stretched the definition of self-defense to send the military on missions to the Mideast, Africa and elsewhere, though short of actual combat. And more often than not, the moves have met strong public opposition.

The first Gulf War in 1990-91 was a major turning point. Japan, by then an economic superpower, made a major financial contribution to the effort, but was criticized for giving too little, too late and not sending any people. "The Gulf Crisis forced Japan to judge and cope with many questions which Japan after World War II had not experienced," the Ministry of Foreign Affairs said in a 1991 annual report. The following year, despite vocal opposition, parliament authorized the military to join U.N. peacekeeping operations around the world, though only in noncombat roles such as building infrastructure and policing. A decade later, a special law approved in the wake of the 9/11 attacks in 2001 allowed Japan to send naval vessels to the Indian Ocean to refuel ships in the U.S.-led coalition. In 2004, another special law authorized the one-time deployment of troops to Iraq for construction projects.

The latest legislation formally allows many of these activities. The government will no longer need to enact a special law each time, though parliamentary approval to dispatch troops will still generally be required. The most heated provision enables the military, for the first time in the postwar era, to come to the defense of allies under attack, though only when the situation is also deemed an imminent, critical threat to Japan.

Previous governments have considered collective self-defense, as the concept is known, unconstitutional. Abe's Cabinet unilaterally reversed that finding by approving a reinterpretation of the constitution last year. This weekend's legislation changes laws governing the Self-Defense Forces to allow them to do that. Approval of the bills was never in doubt the ruling coalition holds a solid majority in both houses of parliament but the battle over them sparked larger-than-usual protests, energized a new generation of student activists and came at a political cost to Abe's public support ratings. Protesters saw the legislation as an assault on Article 9 and demanded that Abe resign.

In a way, the U.S. succeeded perhaps more than it now wishes in instilling a strong pacifist chord in the Japanese psyche, which has come to embrace the U.S.-drafted constitution as its own. U.S. officials today are careful to avoid demanding changes in Japan's military policy, at least publicly. But in the face of China's growing military challenge and North Korean threats, they say they welcome whatever Japan can do to strengthen bilateral military cooperation and contribute more to regional security, within the constraints of its constitution.