Corrupt deputies pardon themselves in Vanuatu 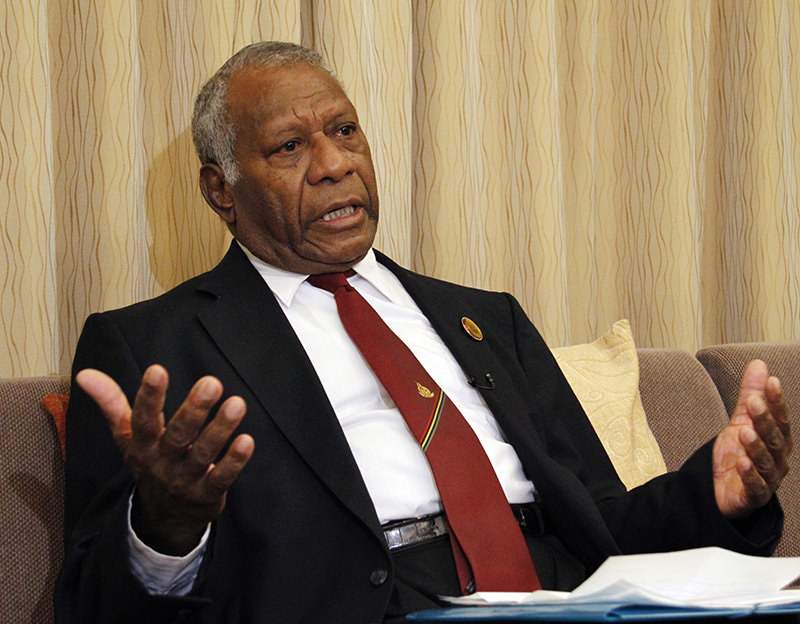 by Associated Press
Oct 13, 2015 12:00 am
The South Pacific island nation of Vanuatu found itself in political chaos Tuesday following an extraordinary few days in which 14 lawmakers were found guilty of corruption but were then pardoned by one of their own while the president was abroad.

The events have created a constitutional crisis for President Baldwin Lonsdale, who promised he would find a legal avenue to "clean up the mess."

"Vanuatu's credibility has been tarnished throughout the world, and as head of state, I am deeply sorry to see this," Lonsdale told reporters Monday, according to the Vanuatu Daily Post.

On Friday, the Supreme Court found Parliament speaker Marcellino Pipite and 13 other lawmakers guilty of bribery. A judge said many had accepted bribes of 1 million vatu ($9,000) to help overthrow the previous government.

But the next day, Pipite signed a pardon for himself and the others. Because the president was away, Pipite was the acting head of state.

He told the Australian Broadcasting Corp. he signed the pardons out of concern for the nation's interests rather than his own.

"I decided to make such orders to maintain the peace, unity, in this country," he said.

But the move has angered many people in Vanuatu, who had turned out in large numbers to hear the Supreme Court verdicts. Many hoped the verdicts would mark an end to the corruption which has plagued the country's political system.

"People are sick to death of the ongoing changes in government and the corruption issues," said Kiery Manassah, a former government public relations officer.

He said there were rumors there would be a legal challenge to the pardons Tuesday but nothing had eventuated. The men were due to be sentenced next week, he said, but for now it remained unclear whether that would proceed.

"At the moment, it's very, very confusing," he said.

Vanuatu is continuing to recover from Cyclone Pam, which struck the archipelago in March. The cyclone killed at least 11 people and affected 180,000 by destroying homes and crops. The country has a population of 275,000.
Last Update: Oct 13, 2015 6:15 pm