More than 90 dead in huge Myanmar jade mine landslide 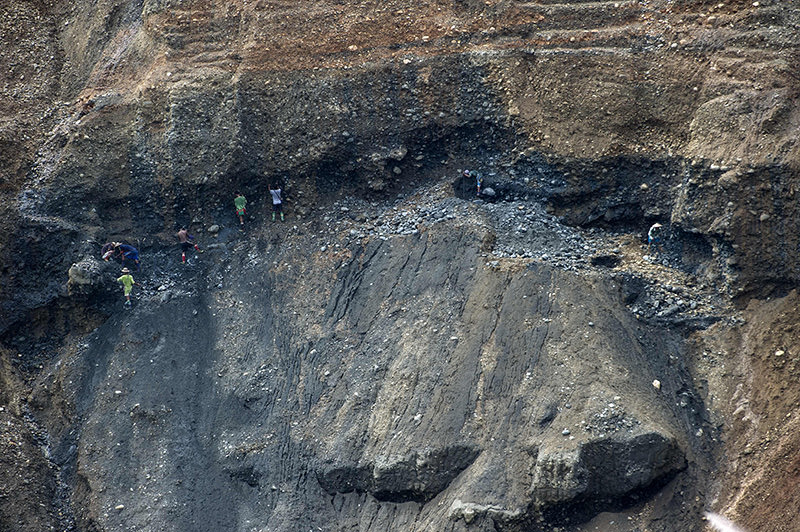 |AFP Photo
by Nov 22, 2015 12:00 am
At least 90 people were killed in a huge landslide, officials said on Sunday (Nov 22), as search teams continued to find bodies in one of the deadliest disasters to strike Myanmar's shadowy jade industry.

"We found 79 dead bodies on Nov 21 (and) 11 today, so the total so far is 90," said Mr Nilar Myint, an official from the local administrative authorities in Hpakant, northern Kachin state, adding that the rescue operation was ongoing.

"We are seeing only dead bodies and no one knows how many people live there," he told AFP, adding that only one person had been pulled alive from the rubble, but had died soon after.

Those killed were picking across mountains of rubble searching for precious jade in a remote mining area of northern Myanmar, state media reported.

Mr Nilar Myint said rescue workers from the Myanmar Red Cross, the army, police and local community groups were all at the scene trying to dig people out of the earth, but their efforts have been hampered by poor weather conditions overnight in the remote region.

The Global New Light of Myanmar reported that many more are missing after the massive collapse in Hpakant on Saturday, quoting local officials and media reports, amid fears that the toll could rise further, in the latest deadly accident to affect Myanmar's secretive multibillion dollar jade industry in war-torn Kachin.

Those killed were thought to have been scavenging through a mountain of waste rubble dumped by mechanical diggers used by the mining firms in the area to extract Myanmar's most valuable precious stone.

The massive landslide crushed dozens of flimsy shanty huts clustered on the barren landscape, where an unknown number of itinerant workers had made their homes in the hope of finding riches on the side of the secretive multi-billion dollar jade industry in war-torn Kachin state.

Myanmar is the source of virtually all of the world's finest jadeite, an almost translucent green stone that is prized above almost all other materials in neighbouring China.

Landslides are a common hazard in the area as people living off the industry's waste, driven by the hope that they might find a chunk of jade worth thousands of dollars, pick their way across perilous mounds under cover of darkness.

Scores have been killed this year alone as local people say the mining firms, many of which are linked to the country's junta-era military elite, scale up their operations in Kachin.

In an October report, advocacy group Global Witness estimated that the value of jade produced in 2014 alone was US$31 billion, the equivalent of nearly half the country's GDP. But that figure is around 10 times the official US$3.4 billion sales of the precious stone last year, in an industry that has long been shrouded in secrecy with much of the best jade thought to be smuggled directly to China.

Local people in Hpakant complain of a litany of abuses associated with the mining industry, including the frequency of accidents and land confiscations.

The area has been turned into a moonscape of environmental destruction as huge diggers gouge the earth looking for jade.

Itinerant miners are drawn from all parts of Myanmar by the promise of riches and become easy prey for drug addiction in Hpakant, where heroin and methamphetamine are cheaply available on the streets.

"Industrial-scale mining by big companies controlled by military families and companies, cronies and drug lords has made Hpakant a dystopian wasteland where locals are literally having the ground cut from under their feet," said Mr Mike Davis of Global Witness, calling for firms to be held accountable for accidents.

The group wants the jade industry, which has long been the subject of United States sanctions, to be part of the Extractive Industries Transparency Initiative (EITI), a global scheme designed to increase transparency around natural resource management.
Last Update: Nov 22, 2015 11:24 am
RELATED TOPICS