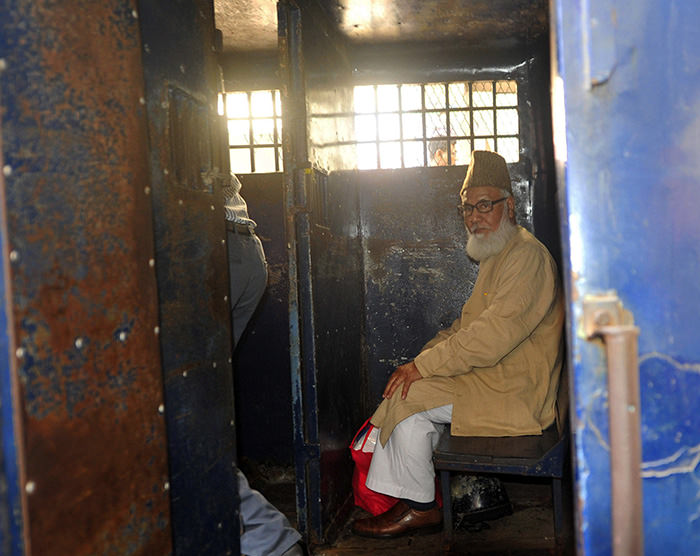 "The allegations which have been brought against Moulana Nizami are completely false, bogus, concocted and politically motivated," the statement read. "Moulana Nizami has been deprived of justice. The people of the country rejected this verdict."

The party announced plans for a peaceful nationwide general strike, popularly known as a 'hartal', on Thursday. Earlier on Wednesday, Bangladesh's Supreme Court upheld a death sentence handed down against Nizami by a special domestic court.

In 2014, the court found Nizami guilty of allegedly helping Pakistani forces kill some 450 people in four villages in Pabna. Bangladesh's war crimes tribunal was established in 2009 by the ruling Awami League party to investigate alleged crimes committed during the 1971 conflict.

Opposition parties and international organizations have criticized the process, however, with Human Rights Watch questioning the fairness of the trials.
Last Update: Jan 06, 2016 4:17 pm
RELATED TOPICS