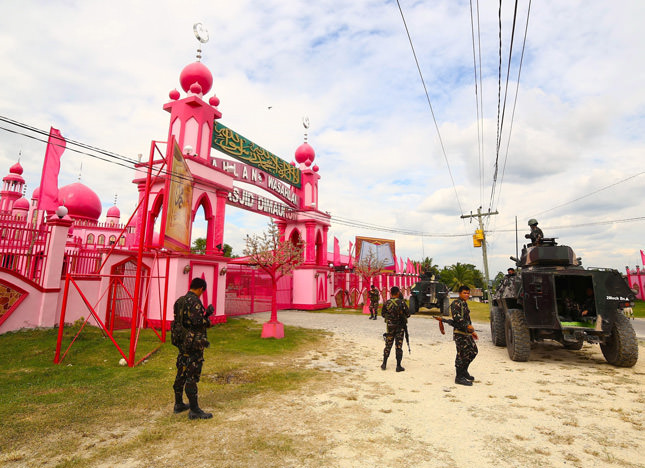 by Anadolu Agency Jan 08, 2016 12:00 am
Philippine President Benigno Aquino III reiterated Friday the need to pass a law to seal peace in the country's conflict-ridden Muslim south before the Senate adjourns ahead of the upcoming presidential election in May.

"Each time I speak about Mindanao [island], I mention how the goal for our administration is to transform it, from the Land of Promise, to the Land of Promises Fulfilled," the Inquirer quoted him as telling reporters in Davao City.

He expressed his government's continuing commitment to its promise "to leave Mindanao in a better situation", despite the Bangsamoro Basic Law's (BBL) expected passage being delayed by at least ten months.

If ratified, the law would create a new region to replace the existing Autonomous Region in Muslim Mindanao and bring much needed wealth to a region that is among the country's most underdeveloped due to the decades-old conflict.

On Friday, Aquino called for the BBL to be passed as soon as possible to ensure "inclusive governance", saying he would discuss the issue with lawmakers, who have nine full Senate session days after Jan. 18 before adjourning.

"We will continue to focus the national coffers towards infrastructure development so that those who have historically been left behind are given a boost up so they can catch up," he said.

He underlined the need for cooperation in both the public and private sectors and said, "if we continue working together? we can truly give rise to a Mindanao that reaches its full potential, and prove, once more, that nothing is impossible to a united Filipino people."

The president also criticized the Senate's decision to re-open an investigation into a botched raid that left 44 police commandoes dead in Jan. 2015 and delayed the BBL's passage, saying the move was politically tainted.

"I think with all these things happening, we can see the big role of politics," GMA News quoted him as saying.

"Maybe we should not forget those who instigated it, perhaps [they] understandably have a grudge against my administration," he added, referring to Senate Minority Leader Juan Ponce Enrile and Senator Grace Poe, chairman of the Senate committee that spearheaded the original probe into the incident.

On Jan. 25 last year, elite police commandos descended on the remote town of Mamasapano in conflict-ridden Maguindanao province to arrest two wanted militants, one of whom was killed in the raid.

Aquino has accused his critics of using the incident to damage his reputation.
Last Update: Jan 08, 2016 5:11 pm
RELATED TOPICS