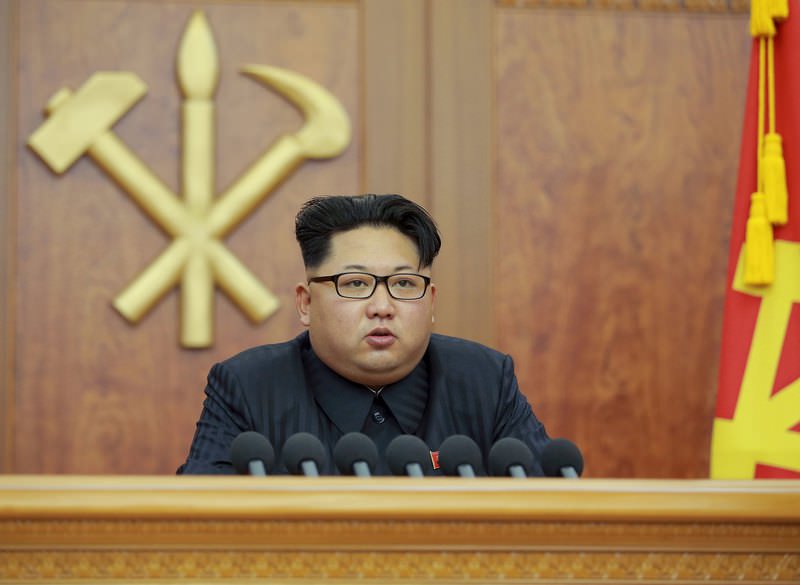 by reuters Jan 13, 2016 12:00 am
North Korean leader Kim Jong-un called for an expansion of the size and power of his country's nuclear arsenal, state media said on Wednesday, a week after a nuclear test that drew condemnation from its neighbours and the United States.

Last week's nuclear test was North Korea's fourth, although the United States and experts doubt the North's claim that it was of a more powerful hydrogen bomb, as the blast was of about the same size as that from an atomic bomb test in 2013.

"(Kim) called for bolstering up both in quality and quantity the nuclear force capable of making nuclear strikes at the U.S.-led imperialists any time and in any space ... if they encroach upon the sovereignty of the DPRK and make threatening provocations," the official KCNA state news agency said.

The North's official name is Democratic People's Republic of Korea.

Kim "set forth the important tasks to be fulfilled to bolster up the nuclear force," it said, and called for the "detonation of more powerful H-bomb in the future."

Kim was speaking at a ceremony to award scientists and others behind last week's nuclear tests, which North Korea has been touting in state media as a major achievement.

In April, the Wall Street Journal reported that Chinese nuclear experts have warned that North Korea may have 20 nuclear warheads and the capability to produce enough weapons-grade uranium to double its arsenal by 2016. That estimate exceeded most previous U.S. assessments, which ranged from 10 to 16 bombs at the time.