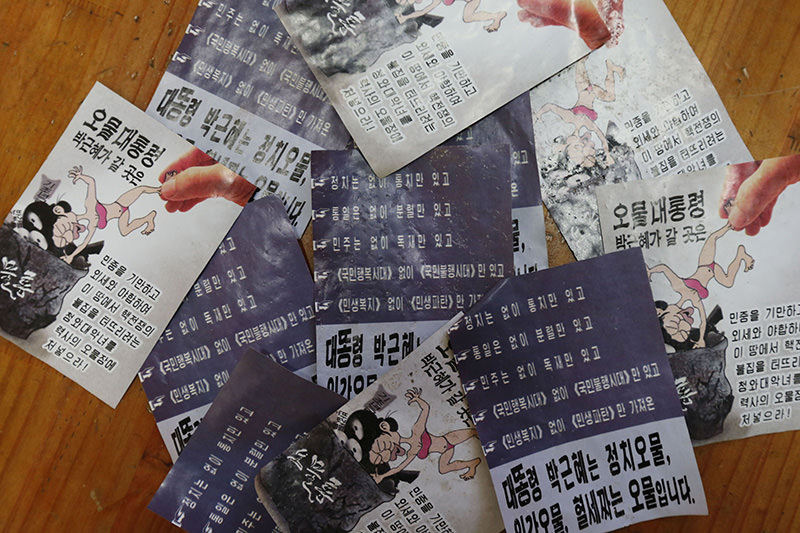 by Anadolu Agency Jan 18, 2016 12:00 am
North Korea has been floating anti-Seoul leaflets into South Korea "on almost a daily basis," the South claimed Monday, just days after Pyongyang referred to its neighbor's own psychological warfare tactics as "odd."

North Korea reportedly began its leaflet campaign last week in response to high-decibel propaganda broadcasts from the southern side of the inter-Korean border.

A spokesman for South Korea's Defense Ministry told reporters that around 1 million leaflets had been scattered so far with some reaching the Seoul area dozens of kilometers away.

In the past, North Korea has considered even ideological attacks to be an act of war, such is the value placed on the cult of personality surrounding the reclusive state's Kim dynasty, now in its third generation.

As the world awaits another U.N. Security Council resolution and more sanctions on North Korea for again defying denuclearization demands, Seoul is braced for further provocation.

South Korea's military fired warning shots after a drone encroached across the border last week, but otherwise the two sides have been limited to a battle of words this month.