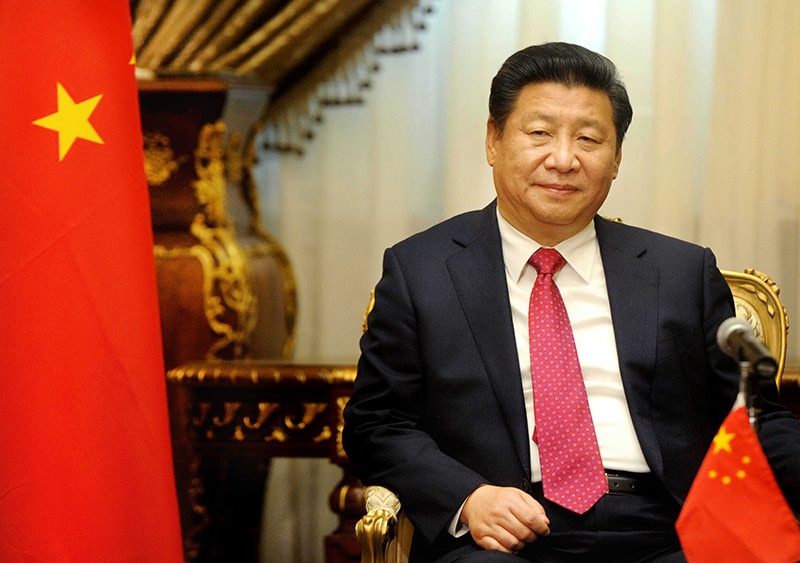 Addressing the Cairo-based Arab League, Xi said the Palestinian problem "should not be marginalized."

"China supports the peaceful process in the Middle East [and] the establishment of a Palestinian state with its capital being eastern Jerusalem," he added through an interpreter.

The United States, an ally of Tel Aviv, have unsuccessfully attempted to break a long-standing stalemate in Palestinian-Israeli peacemaking.

Tensions between the two sides have been growing in recent months after a wave of Palestinian stabbing attacks on Israelis and clashes between Palestinians and Israeli soldiers.

"Maintaining the legitimate interests of the Palestinian people is the responsibility of the Arab League as well as the international community," Xi said.

For the Palestinian-Israeli conflict to end, negotiations should be pushed forward to reach a peace agreement, he said.

The Chinese president had arrived in Egypt Wednesday as part of a regional tour that has already taken him to Saudi Arabia.

Iran will be the final stop in his three-nation trip.

Xi's current visit to Egypt is the first by a Chinese head of state to the country in twelve years.

Egypt is seeking foreign investment to revitalize its economy, battered by political upheaval since the 2011 uprising that toppled longtime autocrat Hosny Mubarak.

China and Saudi Arabia on Tuesday signed a memorandum of understanding to build a nuclear reactor in the oil-rich kingdom.

Xi's visit to Iran comes days after the implementation of a landmark nuclear deal between Tehran and world powers, leading to the lifting of international sanctions on Iran.
Last Update: Jan 21, 2016 10:07 pm