Investigation of MH370 continues as wreckage found on Thai coast 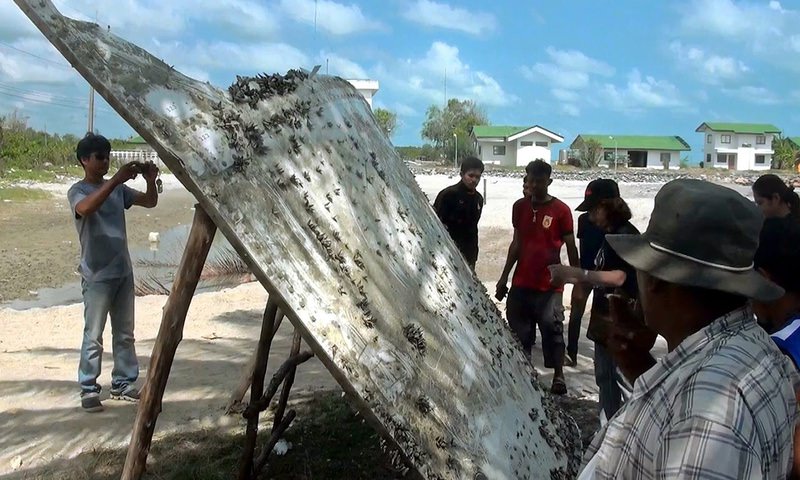 by Associated Press
Jan 24, 2016 12:00 am
A large chunk of metal that could be from an aircraft washed ashore in southern Thailand, but Malaysian authorities on Sunday cautioned against speculation of a link to a Malaysia Airlines flight missing almost two years.

Flight MH370 lost communications and made a sharp turn away from its Beijing destination before disappearing in March 2014. It is presumed to have crashed in the Indian Ocean, and only one piece of debris has been identified as coming from the plane, a slab of wing that washed ashore on Reunion Island in the western Indian Ocean last July.

Malaysian Transport Minister Liow Tiong Lai said he instructed Malaysian civil aviation officials to contact Thailand about the newly found wreckage, a curved piece of metal measuring about 2 meters by 3 meters (6 Â½ feet by 10 feet) with electrical wires hanging from it and numbers stamped on it in several places.

"I urge the media and the public not to speculate because it will give undue pressure to the loved ones of the victims of MH370," he said.

Liow said the search for the missing jet, which carried 239 people, is ongoing in the southern Indian Ocean and that its second phase is expected to be completed by June. Australia has led a multinational search that has so far cost more than $120 million.

Australian Transport Safety Bureau spokesman Dan O'Malley said the agency was awaiting results of an official examination of the debris.

The debris was found on the eastern coast of southern Thailand's Nakkon Si Thammarat province, about 370 miles (600 kilometers) south of Bangkok on the Gulf of Thailand.

While debris can drift thousands of miles (kilometers) on ocean currents, that location would be a surprise based on the data from Flight MH370.

The plane was tracked by radar flying over the South China Sea then making a sharp turn west for unknown reasons. It crossed the Malay Peninsula and Straits of Malacca, which would put it off Thailand's west coast.

Radar contact was lost shortly after the plane entered the airspace over the Indian Ocean. Analysis of exchanges between its engine and a satellite determined the plane flew south on a straight path for hours, leading authorities to believe it flew on autopilot until it ran out of fuel and crashed into the water.