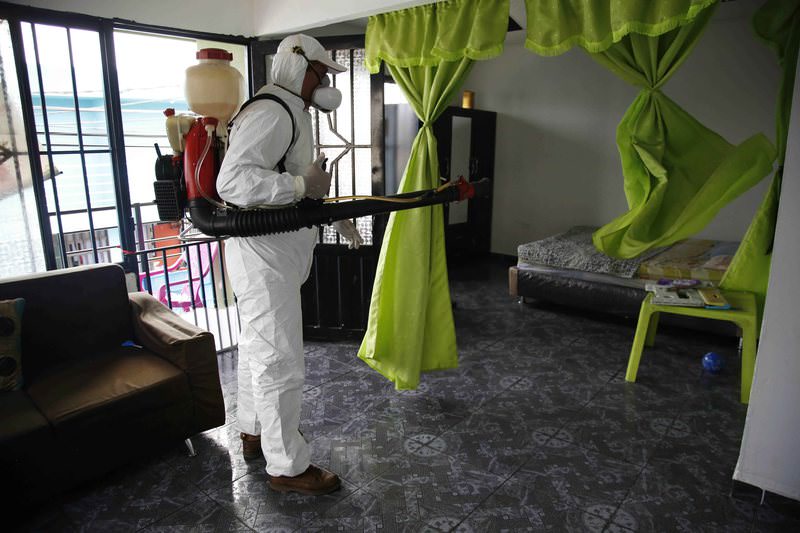 by Feb 09, 2016 12:00 am
China confirmed its first imported case of Zika late Tuesday, Xinhua reported, as fears mount over the fast-spreading virus that has been linked to severe birth defects mostly in Latin America.

Few cases of the mosquito-borne illness have been reported in Asia, but the World Health Organization has declared a global health emergency to combat Zika as cases spread elsewhere.

Officials in China said a 34-year-old man was diagnosed with the virus after he returned from Venezuela on January 28 and reported a fever, headache and dizziness, according to Xinhua news agency citing health officials.

The man, from Ganxian county in the southeast province of Jiangxi, is now recovering with a normal body temperature and fading rash, according to the National Health and Family Planning Commission cited on Xinhua.

He had travelled home via Hong Kong and Shenzhen and has been quarantined and treated in a Ganxian hospital since February 6.

The health commission said he posed an extremely low risk of spreading the virus, the news agency added.

The disease starts with a mosquito bite and normally causes little more than a fever and rash.

Zika has however been linked to a surge in the number of children in Latin America born with microcephaly -- abnormally small heads and brains.

So far, 26 countries have confirmed cases of the virus, and dozens of Europeans and North Americans returning from Zika-affected areas have also tested positive for the virus.

Brazil has been hardest hit by the outbreak with more than 20,000 cases, including over 2,000 pregnant women.

Thailand and Indonesia have reported one case each, but health experts have warned some Asian nations are vulnerable to a Zika outbreak.