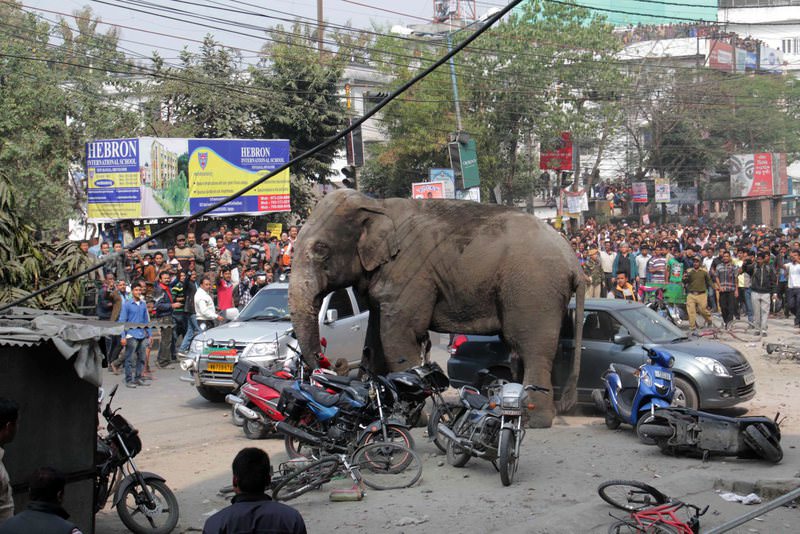 A wild elephant that strayed into the city and went on rampage is watched by the locals in Siliguri, India, 10 February 2016 (EPA Photo)
by Feb 10, 2016 12:00 am
A wild elephant wreaked havoc in an eastern Indian town on Wednesday, damaging dozens of homes and sending locals scurrying for cover before it was brought under control using tranquillizers, news reports said.

The frightened elephant - which strayed from its herd - trampled bikes and cars on the streets, the online edition of the India Today news magazine reported.

Locals called forest officials and police for help, who managed to tranquillize the fully grown elephant only after it had rampaged through town some seven hours. It was later moved to a nearby forest.

While India Today reported that the tusker damaged 100 homes, other media reports suggested only 40 homes were affected. No injuries were reported.

Video footage showed hundreds of locals watching the elephant from balconies and rooftops while many followed it on the congested streets.

Park deforestation, poaching and encroachment by villagers are boxing in the country's estimated 27,000 to 31,000 wild elephants and causing them to stray from their habitat and reserves.
Last Update: Feb 10, 2016 6:31 pm
RELATED TOPICS