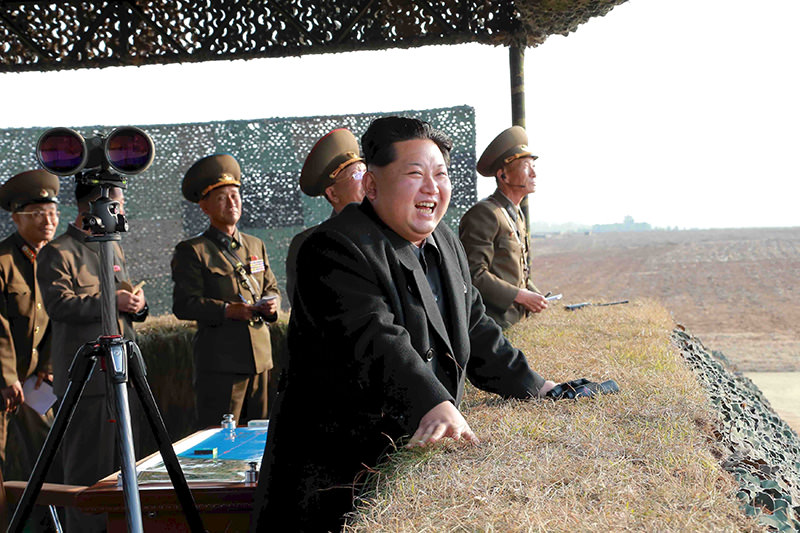 General Ri Yong Gil, chief of the General Staff, was executed last week, as leader Kim Jong Un was holding a joint meeting of the ruling Workers' Party and the military, the South's Yonhap News Agency reported one source as saying.

Ri was appointed in 2013 and was seen accompanying Kim on inspections of military exercises as well as trips to the Defense Ministry until last month, the report said.

But he did not attend last week's meetings, and at the celebrations of the missile launch on Sunday, official media listed General Ri Myong Su among the attendees in his place.

The disappeared general may have incurred Kim's displeasure by objecting to recent appointments of party leaders to key military posts, or he could have fallen victim to a plot among wider power circles to remove him, the source was quoted as saying.

Last year, North Korea's then head of the armed forces Hyon Yong Chol was executed by a firing squad armed with an anti-aircraft gun around April 30, reportedly for falling asleep during a military event and failing to carry out instructions.

North Korea has executed another 15 senior officials since the beginning of the year, according to South's intelligence services.
The execution of a general in North Korea is the latest such incident in the secretive state over the last five years, and particularly since Kim Jong Un became leader in December 2011.

August 2013: Nine music performers with the Unhasu Orchestra are executed, according to Japanese media quoting a North Korean defector. Kim's wife Ri Sol Ju used to be a member of the orchestra. The executions were possibly linked to a pornographic video made by orchestra members, the reports said.

December 2013: Kim Jong Un's uncle Jang Song Thaek is executed for "counter-revolutionary" actions, according to Pyongyang state media. He had been considered the second most-powerful person in North Korea. His death was seen as part of an attempt by Kim to consolidate power.

January 2015: A deputy minister is executed for complaining about the country's forestation plan, according to Yonhap News Agency, quoting South Korean lawmakers briefed on the matter.

February 2016: Chief of the General Staff of the armed forces, General Ri Yong Gil, is reportedly executed on charges of corruption, Yonhap reports. He may have fallen out of favour by disagreeing with recent appointments, the report cites an unnamed source as saying.
Last Update: Feb 10, 2016 1:13 pm
RELATED TOPICS