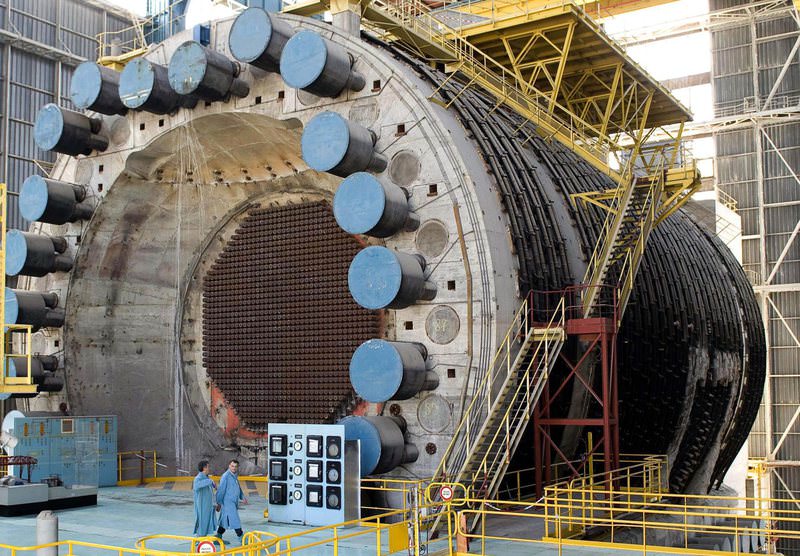 by Feb 10, 2016 12:00 am
North Korea has restarted a plutonium reactor that could fuel a nuclear bomb and is seeking missile technology that could threaten the United States, Washington's top spy said Tuesday.

In an annual threat assessment, Director of National Intelligence James Clapper and senior military and intelligence officials singled out the authoritarian pariah state as a major and unpredictable menace.

Lieutenant General Vincent Stewart, the director the the Defense Intelligence Agency, joined Clapper to brief the Senate Armed Services Committee on the global dangers faced by US planners.

Last month, the regime tested what it said was a "hydrogen bomb," but -- according to Clapper -- US intelligence believes "the yield was too low for it to have been successful test of a staged thermonuclear device."

It was the north's fourth nuclear test, and an apparent bid to expand its arsenal with a more destructive thermonuclear device.

Despite this apparent failure, North Korea has pressed on with its ballistic missile program and on Saturday launched a rocket into space, a move which Washington and Tokyo said was a banned weapons test.

"It is also committed to developing a long-range nuclear-armed missile that's capable of posing a direct threat to the United States, although the system has not been flight tested."

Perhaps most worrying for the Americans, however, is North Korea's resumption of plutonium production -- a sign it remains bent on producing a more powerful bomb despite international economic sanctions.

"We further assess that North Korea has been operating the reactor long enough so that it could begin to recover plutonium from the reactor's spent fuel within a matter of weeks to months," Clapper said.

North Korea mothballed the Yongbyon reactor in 2007 under an aid-for-disarmament accord, but began renovating it after its third nuclear test in 2013.

When fully operational, the reactor is capable of producing around six kilos (13 pounds) of plutonium a year -- enough for one nuclear bomb, experts say.

Last month, Washington-based think tank the Institute for Science and International Security said satellite images suggest the reactor is operating only intermittently and at low capacity.

Stewart told the panel that North Korea had paraded a mobile intercontinental ballistic missile in a recent parade, launched two satellites into orbit and was testing a submarine launched missile.

In response to the latest North Korean provocations, Washington plans to deploy the THAAD missile defense system to its ally South Korea and has been pushing the UN Security Council to impose new sanctions.

A draft sanctions resolution prepared by Japan, South Korea and the United States has been in negotiations for weeks, but veto-wielding China, the North's key ally, has been reluctant to back measures that would damage North Korea's already weak economy.

"I don't think there's any question that to the extent that anyone has leverage over North Korea, it's China," Clapper told the committee.

The US spy chief estimated that the otherwise impoverished state does 90 percent of its external trade with its giant neighbor China, which buys around $1.2 billion in coal from Pyongyang every year.

"And then, of course, it's illicit finance," he alleged. "They have an organized approach to laundering money."

China fears that pushing Pyongyang too far could trigger instability and unleash a wave of starving refugees across its border.

Beijing also worries that a wholesale collapse of the regime in Pyongyang could eventually lead to a US-allied unified Korea right on its doorstep.

The North is already subject to numerous UN sanctions over previous rocket launches and three nuclear tests in 2006, 2009 and 2013.

It routinely insists the rocket launches are part of a legitimate space exploration program, but the United States and its allies view them as disguised ballistic missile tests.
Last Update: Feb 10, 2016 2:04 am
RELATED TOPICS