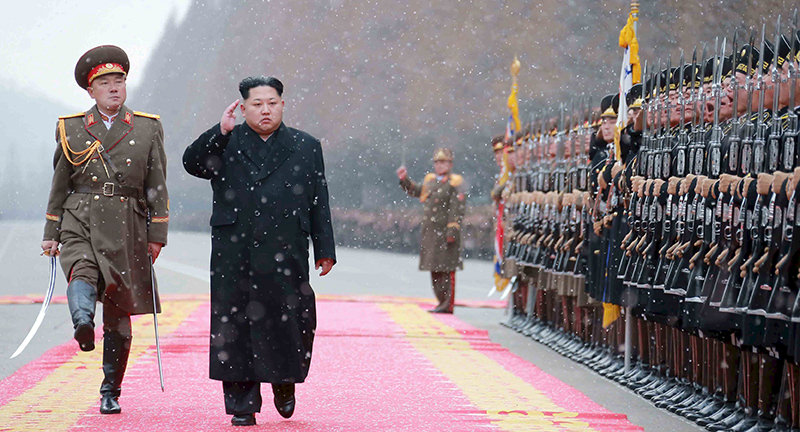 North Korean leader Kim Jong Un salutes during a visit to the Ministry of the People's Armed Forces on the occasion of the new year (Reuters Photo)
by Feb 12, 2016 12:00 am
China will back a wide-ranging U.N. Security Council resolution to make North Korea "pay the necessary price" for its recent rocket launch, its foreign minister told Reuters on Friday, but said its goal was to get Pyongyang back to the negotiating table.

Wang Yi also said in an interview that Beijing was urging the United States not to deploy its sophisticated THAAD (Terminal High Altitude Area Defense) missile defence system to South Korea, saying it could also be used to target China.

"(We) support the United Nations Security Council to take further steps and in adopting a new resolution so that North Korea will pay the necessary price and show there are consequences for its behaviour," the foreign minister said, speaking through an interpreter.

North Korea has been under U.N. sanctions since its first nuclear test in 2006. It has conducted three more atomic tests since then, including the one last month, along with numerous ballistic missile launches.