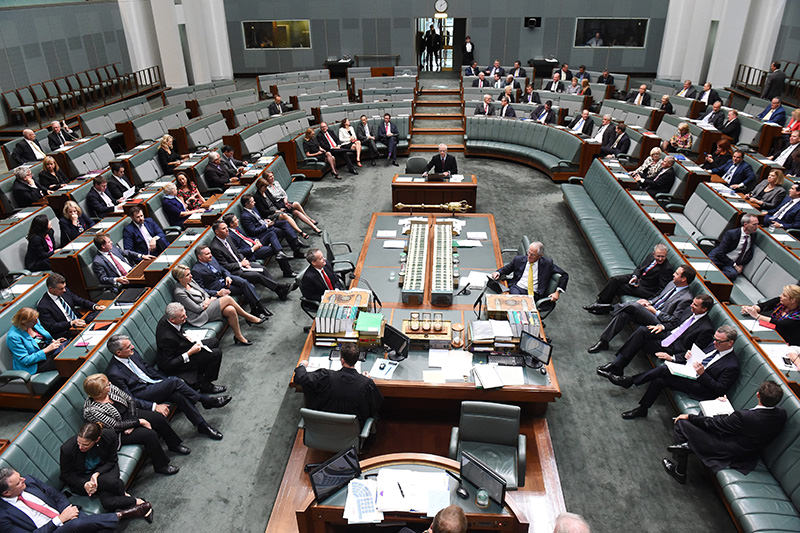 A key change was Craig Laundy's elevation to the Assistant Minister for Multicultural Affairs -- viewed as a highly appropriate and welcome move.

In September last year, Laundy made an impassioned plea to the former government of Prime Minister Tony Abbott to consider taking more refugees from Syria in response to the growing humanitarian crisis in Europe after seeing images of the body of a young boy washed up on a beach in Turkey.

It was Turnbull's second cabinet reshuffle in less than six months following September's battle to wrestle leadership of the ruling Liberal Party and the role of prime minister from Abbott.

Saturday's reshuffle was brought about by a series of resignations and retirements since late December.

These included former cities minister Jamie Briggs, who resigned after an incident with a female foreign affairs official in a Hong Kong bar, veterans affairs and human services minister Stuart Robert -- who resigned Friday after being found of breaching ministerial standards by assisting a company linked to a Liberal Party donor during a "private trip" -- and former special minister of state Mal Brough who submitted his resignation Saturday morning due to a police investigation.

In unveiling his new ministry, Turnbull emphasized the roles of his younger and female colleagues, referring to it as part of a need for "transition, change and renewal" within the Coalition.

The Nationals' new deputy leader Fiona Nash has been promoted to the Cabinet, increasing the number of women to six.

Senator Fiona Nash is the first Nationals woman to serve in Federal Cabinet and Turnbull made a point of underlining that for the first time in the history of the Coalition deputy leaders of both the Liberal and National party are women.

Turnbull made the announcement of the cabinet reshuffle at Parliament House, Canberra.

He appeared to become testy with reporters firing questions at him about a "messy start" to his prime ministership, suggesting that such a "sweeping reshuffle" gave the impression that his party is in "shambles" and challenging him on whether this will be the last reshuffle before the election.

"I'll leave you to run the commentary but I can, all I can say to you is that change offers opportunity," he retorted.

"But there comes a time when you need to transition from older leadership to younger leadership so that new people can come up... Managing a cabinet is managing talent and we have a lot of -- we have more talent in our party room than we can include in the Cabinet."

Melbourne University's Associate Professor Sarah Maddison told Anadolu Agency that she doesn't anticipate that Turnbull's new front bench is an indication of a change of direction or priority.

Australia has received a barrage of criticism over its treatment of asylum seekers on the high seas and in its offshore detention centers.

"He's simply ensuring holes are plugged as he approaches a Federal election," she said.

While Maddison applauds the growing number of women in cabinet she said the figure "doesn't indicate that Turnbull has shifted his focus to women's issues or that his new team is likely to improve the lives of Australian women".

"If we see funding return to domestic violence services in the May budget that will be a signal that Turnbull is listening to Australian women," she declared.