Australia only accepts 26 refugees five months after promise to take in 12,000 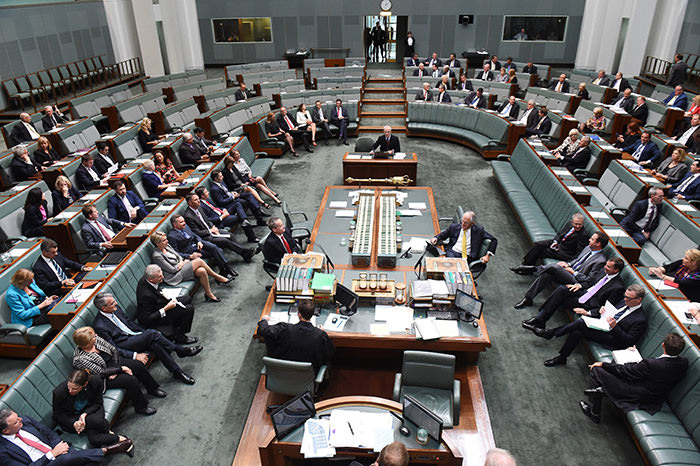 Members of Parliament attend the first Parliamentary sitting of 2016 at Parliament House in Canberra, Australia, 02 February 2016 (EPA Photo)
by Anadolu Agency Feb 17, 2016 12:00 am
Australia's opposition Labor party is demanding that the government explain why it has resettled just 26 Syrian refugees five months after it announced an emergency intake of 12,000 "as quickly as possible".

"The government made it pretty clear they would seek to relocate the people as quickly as possible," said Marles.

Immigration officials revealed at a Senate estimate hearing last week that just 26 Syrian refugees had arrived in Australia since the 12,000 intake was announced in September.

The number is in stark contrast to the number of refugees received by Canada. In just three months it has flown in 20,490.

The number of registered refugees in Turkey, meanwhile, has risen around 600,000 during the same period, according to the latest United Nations High Commissioner for Refugees figures.

As of Feb. 15, the UNHCR put the total number of refugees in Turkey at 2.5 million. In September it was 1.9 million.

The Herald quoted an unnamed spokesman for Dutton as saying Wednesday that the government is conducting security checks on the Syrians and they cannot be rushed.

"Rigorous security checks are being conducted by Australian government agencies at a number of key points during visa processing, including the checking of biometric data," she said.

"Processing time varies according to the circumstances of individual applicants? we will not rush this process and it will take whatever time it takes."

Canada, meanwhile, has been looking at ways to expediate the process

"[We're] getting refugees here as quickly as we can, and we're doing it in a way that is correct and appropriate and takes due concern for security, medical and other issues," the Herald quoted a spokesperson for Immigration, Refugees and Citizenship Canada, a government agency, as saying.

On Wednesday, Australian Prime Minister Malcolm Turnbull also warned that resettling asylum seekers found in its waters in New Zealand -- instead of deporting them to its offshore processing center on the Pacific island of Nauru -- could encourage more people to try to reach Australian shores.

New Zealand has offered to take 150 of the asylum seekers -- but only if they are designated "refugees" -- a year.

Cambodia also takes in "refugees" from Narau, in return for economic incentives from the Australian government.

"We recognize that the most important thing we have to do is not at any point give any encouragement or say or do anything that the people smugglers will use for their marketing," Turnbull said.

"We have a very clear-eyed focus that ensuring our borders are secure is saving lives."
Last Update: Feb 17, 2016 3:23 pm
RELATED TOPICS