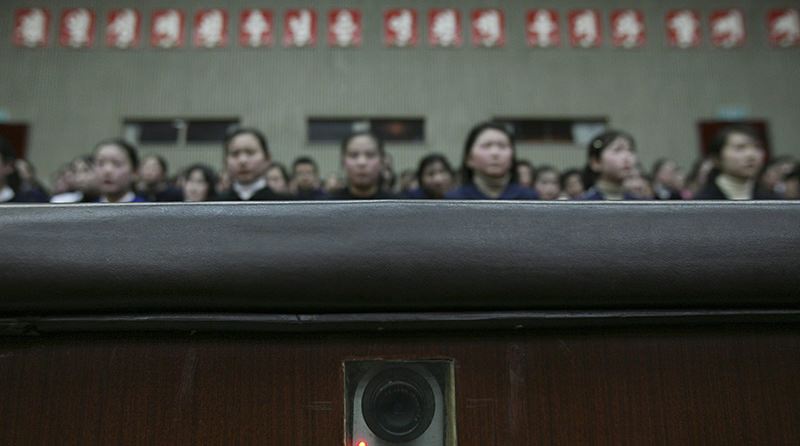 He said the possibility of North Korean attacks "is increasing more than ever" and asked for quick passage of an anti-terror bill in parliament.

North Korea has a history of attacks on South Korea, such as the 2010 shelling on an island that killed four South Koreans and the 1987 bombing of a South Korean passenger plane that killed all 115 people on board. But it is impossible to independently confirm claims about any such attack preparations. The South Korean presidential official did not say where the latest information came from.

Earlier Thursday, Seoul's National Intelligence Service briefed ruling Saenuri Party members on a similar assessment on North Korea's attack preparations, according to one of the party officials who attended the private meeting.

During the briefing, the NIS, citing studies on past North Korean provocations and other unspecified assessments, said the attacks could target anti-Pyongyang activists, defectors and government officials in South Korea, the party official said requesting anonymity because he wasn't authorized to speak to media publicly.

Attacks on subways, shopping malls and other public places could also happen, he said.

The official quoted the NIS as saying North Korea could launch poisoning attacks on the activists and defectors, or lure them to China where they would be kidnapped.

The Saenuri official refused to say whether the briefing discussed how the information was obtained. The NIS, which has a mixed record on predicting developments in North Korea, said it could not confirm its reported assessment.

The standoff with North Korea is not expected to ease soon, as Seoul and Washington are discussing deploying a sophisticated U.S. missile defense system in South Korea that Pyongyang warns would be a source of regional tension.

The allies also say their annual springtime military drills will be the largest ever. South Korea's defense minister said Thursday that about 15,000 U.S. troops will take part, double of the number Washington normally sends.

The North says the drills are preparation for a northward invasion.

Seoul defense officials also said that they began preliminary talks on Feb. 7 with the United States on deploying the Terminal High-Altitude Area Defense, the same day North Korea conducted what it said was a satellite launch but is condemned by Seoul and Washington as a banned test of missile technology.

The talks are aimed at working out details for formal missile deployment talks, such as who'll represent each side, according to Seoul's Defense Ministry.

The deployment is opposed by China and Russia too. Opponents say the system could help U.S. radar spot missiles in other countries.

The United States on Wednesday flew four stealth F-22 fighter jets over South Korea and reaffirmed it maintains an "ironclad commitment" to the defense of its Asian ally. Last month, it sent a nuclear-capable B-52 bomber to South Korea following the North's fourth nuclear test.

Foreign analysts say the North's rocket launch and nuclear test put the country further along it its quest for a nuclear-armed missile that could reach the U.S. mainland.
Last Update: Feb 18, 2016 5:01 pm
RELATED TOPICS