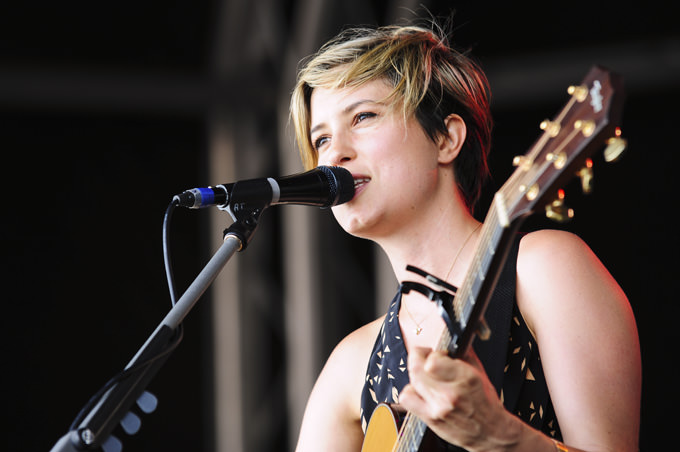 by Daily Sabah with Agencies Feb 19, 2016 12:00 am
Australian singer songwriter Missy Higgins has paid tribute to three-year-old Syrian refugee boy Aylan Kurdi in a new song, while Australia has allowed less than a 100 asylum-seekers in five months, as part of a promise allowing 12,000 refugees to enter the country.

According to media reports, "Like most people, the photo of little Aylan Kurdi being carried out of the water shook me to my core," the artist said.

Australia's opposition Labor party is demanded on Feb. 17 that the government should explain why it has resettled just 26 Syrian refugees five months after it announced an emergency intake of 12,000 "as quickly as possible".

Immigration officials revealed at a Senate estimate hearing last week that just 26 Syrian refugees had arrived in Australia since the 12,000 intake was announced in September.

Australian Prime Minister Malcolm Turnbull also warned that resettling asylum seekers found in its waters in New Zealand, instead of deporting them to its offshore processing center on the Pacific island of Nauru, could encourage more people to try to reach Australian shores.

New Zealand has offered to take 150 of the asylum seekersm, but only if they are designated 'refugees', a year.

"We often read about the tragic plight of refugees but I think that picture exposed us to the reality in such a raw way that the truth became inescapable," Higgins added.

'The tiny child in that wrenching image could have been my own little boy," she said, and added: 'Canada also represents anywhere in the world that might be the preferred sanctuary for people like the Kurdi's.'

"If there's one consequence of this song, I hope it's that people stop turning the other way," Higgins was quoted by The Guardian on Feb. 19.

The number of Australia's refugee intake is in stark contrast to the number of refugees received by Canada.

Meanwhile, the number of registered refugees in Turkey, meanwhile, has risen around 600,000 during the same period, according to the latest United Nations High Commissioner for Refugees (UNHCR) figures.

As of Feb. 15, the UNHCR put the total number of refugees in Turkey at 2.5 million. In September it was 1.9 million.