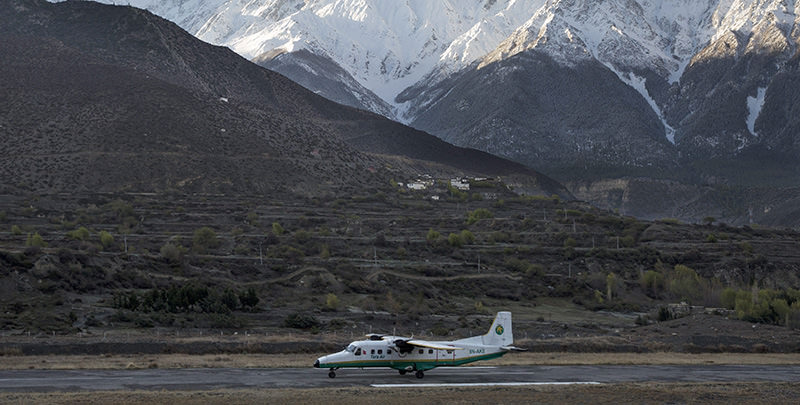 by Compiled from Wire Services Feb 24, 2016 12:00 am
The wreckage of a passenger plane that went missing in Nepal on Wednesday with 23 people on board has been found, the aviation minister said.

"The wreckage of the plane was found in a completely burnt state in Solighopte in Myagdi district," Aananda Prasad Pokharel told AFP, adding that bodies could be seen scattered around the wreckage.

The airline revised its earlier number of 21 on board the Twin Otter plane.

"We have sent a team of security personnel on foot to the Rupse area, where villagers reported hearing a loud sound and seeing smoke. But the place is several hours of walking from the main road and we can't confirm anything unless we locate the wreckage," police officer Mahendra Kumar Poudel told dpa by phone.

"We had to ground our search helicopters due to bad weather earlier, but we've just sent them off again as the weather showed signs of improvement. But in the mountains, the weather changes quickly and it's difficult," he added.

Most of the passengers on board were believed to be Nepalis. There were two minors on the plane, according to police, and two foreigners - one from Kuwait, the other from China.