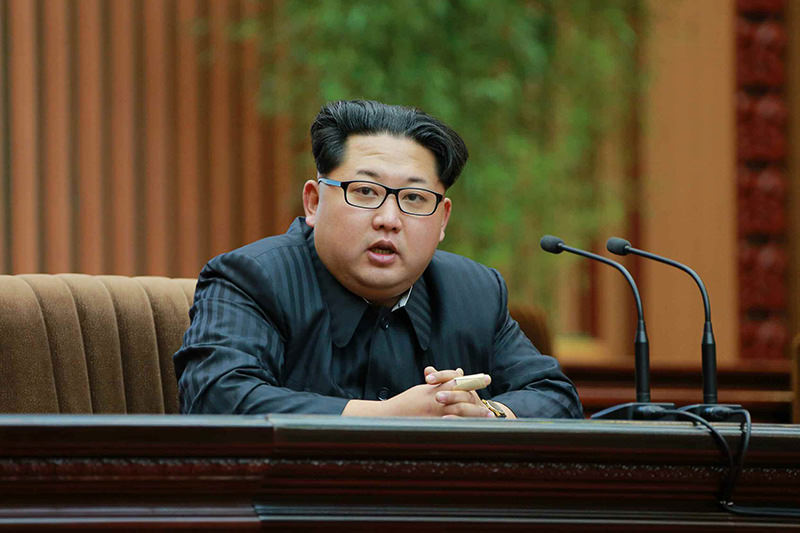 by Anadolu Agency Feb 25, 2016 12:00 am
North Korea's state media has called for an attack on South Korea and the United States, as the allies gear up for their biggest ever joint military drills.

"Let's turn Seoul and Washington into a sea of fire," the outlet urged, also warning North Korea could reduce "U.S. military installations in the Asia-Pacific region and the U.S. mainland into ashes."

It is not the first time that the reclusive state has been riled by the prospect of military maneuvers in the South, but tensions have been particularly high on the peninsula following this year's nuclear test and rocket launch by North Korea -- both of which ignored United Nations resolutions.

While the allies maintain that their annual drills are defensive, South Korea is preparing itself for all possibilities.

According to a government statement, Defense Minister Han Min-koo is "aware of the seriousness of the current state where North Korea's terror threats are increasing after [North Korean leader] Kim Jong-un ordered increased terrorist forces against South Korea."

Officials from both sides have suggested that discussions could get underway within days following a delay this week -- despite fervent opposition from China, which could theoretically be spied on from a THAAD battery positioned in South Korea.

U.S. Assistant Secretary of State Daniel Russel is to land in Seoul on Friday for high-level talks.

A South Korean foreign ministry spokesperson said various matters related to the North would be on the agenda, insisting that the allies "maintain the consistent view that now is the time to make North Korea pay a bone-numbing price for its provocations through stronger pressure."
Last Update: Feb 25, 2016 2:01 pm
RELATED TOPICS