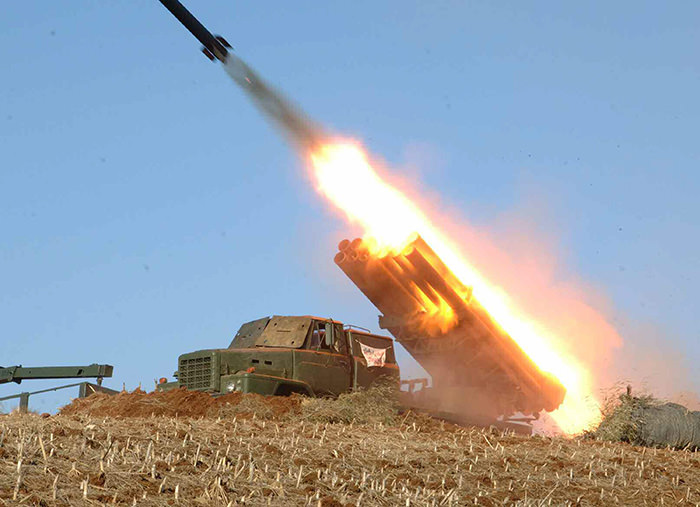 by Anadolu Agency Mar 03, 2016 12:00 am
North Korea displayed its apparent displeasure with new international sanctions Thursday morning, as it fired six short-range missiles from its eastern port city of Wonsan.

The move was approved following weeks of talks involving the United States and Pyongyang's traditional ally China -- Russia only consented after a last-minute delay forced some amendments, including allowing North Korean aircraft to refuel abroad.

South Korean Foreign Minister Yun Byung-se told local news agency Yonhap that despite the modifications, the sanctions "consist of measures that would bring about ?bone-numbing' outcomes that the North Korean government couldn't ever imagine in the past."

China may find it more challenging than before to promote political stability in the North, with Pyongyang becoming increasingly defiant in the last few days.

North Korea recently renewed threats to attack the South and the U.S., while emphasizing the need for self-reliance -- a key feature of Pyongyang's philosophy even if it has been seemingly reliant on Chinese trade.
Last Update: Mar 03, 2016 8:45 am
RELATED TOPICS