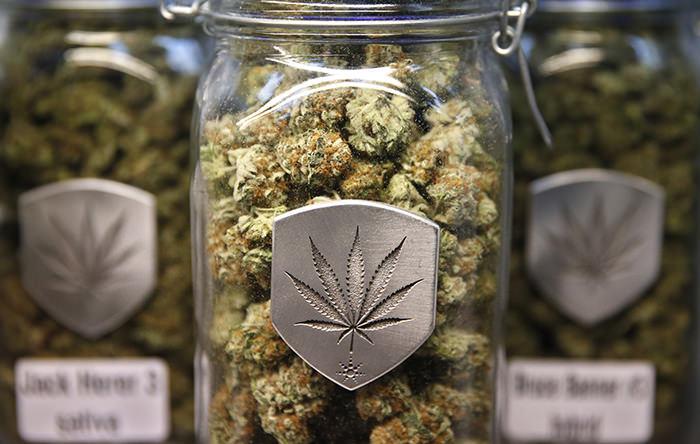 |AP Photo
by Mar 04, 2016 12:00 am
Kazakhstan's biggest airline said on Friday it has sacked a pilot who got caught with a bag of marijuana in his pocket after a flight and failed a drug test.

The Air Astana captain had just landed his Airbus 320 after a flight from Moscow to Almaty, the former Soviet republic's biggest city, when he drew the attention of a sniffer dog during a routine check at the airport, local newspaper Vremya reported.

Police found a small bag of marijuana in the pocket of the man's coat and a test showed traces of the same drug in his body. The pilot, who was detained, said he had smoked marijuana on the eve of the flight and had used it for the last three years, the newspaper reported.

Air Astana, part-owned by Britain's BAE Systems, said in a brief statement that it has fired the pilot immediately and had a zero tolerance policy for drugs and alcohol.

"The airline regularly tests its crews for alcohol and drugs using a random sampling method," it said.