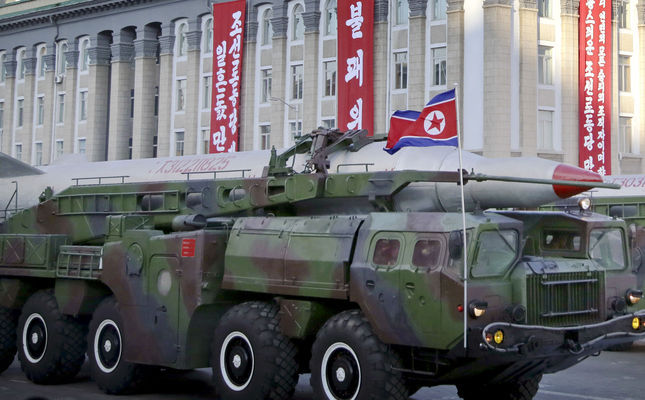 by Daily Sabah with Wires Mar 07, 2016 12:00 am
North Korea threatened "indiscriminate" nuclear strikes against South Korea and the US mainland if the two allies push ahead with joint military drills scheduled to begin Monday.

The order for what it described as a "pre-emptive nuclear strike of justice" was made in a statement put out by the Supreme Command of the Korean People's Army.

The threat came amid heightening tensions in the region as the secretive state fired six short-range missiles from its eastern port city of Wonsan last Thursday.