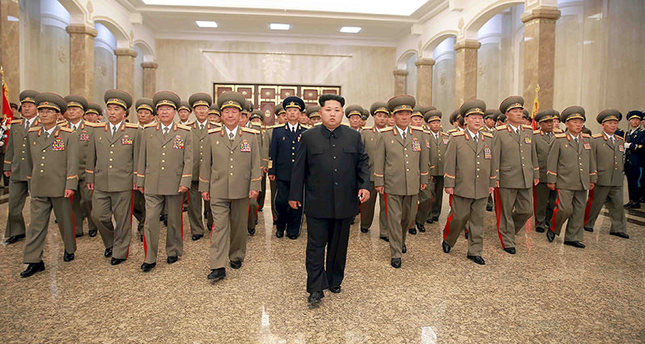 by Daily Sabah with Reuters Mar 08, 2016 12:00 am
North Korea's Supreme Leader Kim Jong-un said that the secretive state has miniaturized nuclear warheads to be mounted on ballistic missiles as he inspected the work of nuclear workers, the state-run KCNA news agency reported early Wednesday.

"The nuclear warheads have been standardized to be fit for ballistic missiles by miniaturizing them, he noted, adding this can be called true nuclear deterrent," KCNA said.

North Korea conducted its fourth nuclear test in January and claimed it was a successful hydrogen bomb test, which was disputed by many experts and the governments of South Korea and the United States.
Last Update: Mar 09, 2016 12:31 am
RELATED TOPICS