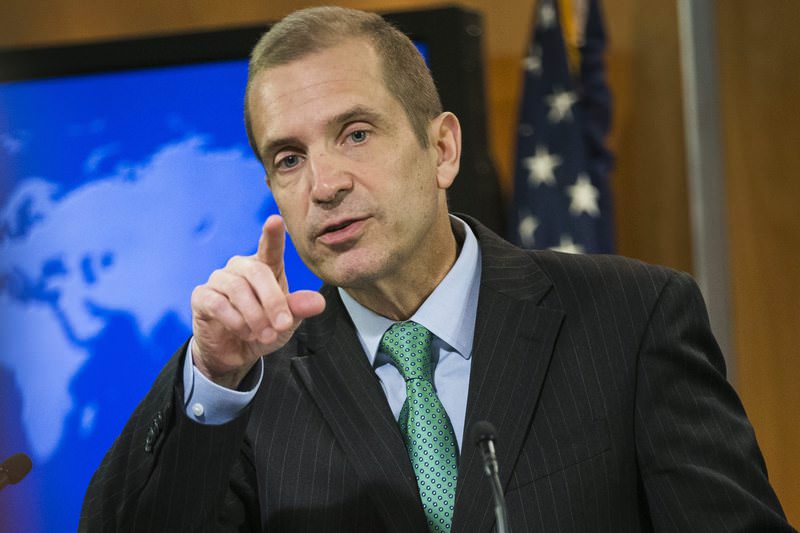 The United States on Wednesday called on North Korea to pardon a US student it has convicted of subversion and sentenced to 15 years of prison and hard labour for tearing down a poster.

Otto Warmbier, 21, was convicted by North Korea's highest court, state media reported Wednesday. His offence was trying to steal a propaganda poster from his hotel in Pyongyang.

"The department believes that the sentence is unduly harsh for the actions Mr Warmbier allegedly took," Toner said at a briefing in Washington.

Human Rights Watch said on Twitter that Warmbier's sentence for a college-style prank was "outrageous and shocking."

Warmbier was detained in early January at Pyongyang's international airport. Several weeks later he was paraded in front of cameras and broke down in tears while reading a confession and public apology and pleaded for his release.

Toner also used the opportunity to recommend against all travel by US citizens to North Korea.

Despite official claims that US citizens arrested in North Korea are not used for political purposes, Toner said that "it's increasingly clear from its very public treatment of these cases that [North Korea] does exactly that."

White House spokesman Josh Earnest also complained Wednesday that the North Korean government seeks to use US citizens as "pawns to pursue a political agenda."

He said the allegations against Warmbier "would not give rise to arrest or imprisonment in the United States or in just about any other country in the world."