Kazakhstan's parliamentary vote sees no change in power grip since 1991 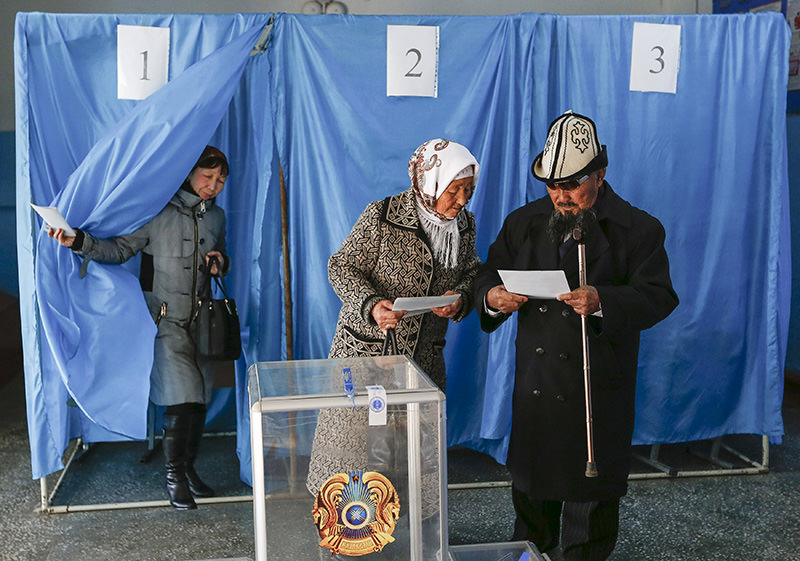 Voters in the former Soviet republic of Kazakhstan headed to the polling stations Sunday for an election intended to confirm the ruling party's solid grip over parliament.

With no genuine opposition force in the running, the vote is being viewed as an opportunity to renew the mandate of long-serving President Nursultan Nazarbayev, who leads the Nur Otan party in this Central Asian nation.

Turnout appeared brisk from early in the day at polling stations across the sprawling country of 17 million, with the mood lightened in the capital, Astana, by sunny spring weather. Astana, the world's second-coldest capital, experienced its standard slew of snowstorms ahead of the election.

The vote comes amid a collapse in Kazakhstan's economic fortunes caused by the falling price for oil, its main export commodity. The government announced in February that it expects economic growth to slow to 0.5 percent this year, a huge drop from the buoyant expansion it has enjoyed over the past 15 years. Inflation is spiraling, up to 15 percent early this year, and the currency has lost about 30 percent of its value since last year.

Public demonstrations of discontent are extremely rare. Dissent is effectively contained through a combination of constant praise for Nazarbayev's rule in state media and the adoption of repressive measures toward government critics.

Speaking to reporters after casting his vote Sunday in Astana, Nazarbayev said he could envision changing the political system to grant more authority to parliament.

"We have a presidential system. We could talk about a redistribution of power between different branches the presidency, parliament and the executive," said Nazarbayev, a 75-year old former Communist party boss who has ruled Kazakhstan since the 1991 end of the Soviet Union. "As to when this will happen, we will have to see what the situation is with the economy, in the world, inside the country."

Nazarbayev has intermittently pledged vague commitments to liberalizing the country's political system, but power remains solidly in his hands and is buttressed by the security services.

In addition to Nazarbayev's Nur Otan, five other parties competed for seats in the 107-seat parliament, but none have articulated critical views about government policies or the marked decline in living standards over the past year.

"We always take part in elections because we always support our government and our president. And we always vote with the hope that things will get better and better," said retiree Lyubov Gabaidullina after voting at Astana's School No. 37.