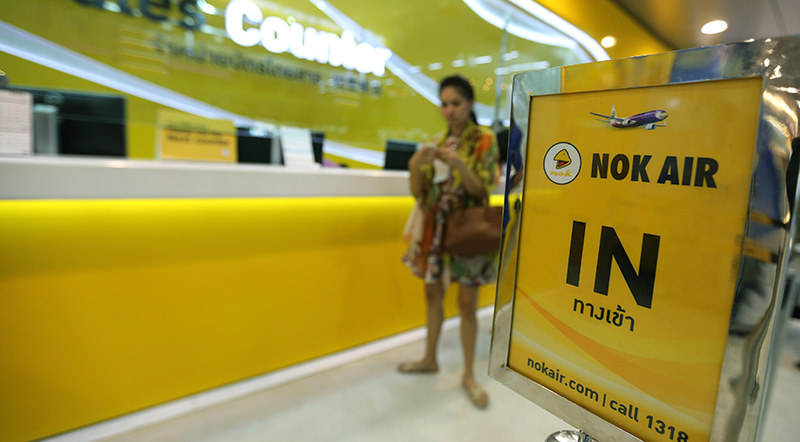 A passenger uses a counter service of the Thai low-cost airline Nok Air inside the passenger terminal at Don Mueang Airport in Bangkok, Thailand, 23 February 2016 (EPA Photo)
by Associated Press Mar 21, 2016 12:00 am

About 750 passengers were stranded on Bangkok's Airport Rail Link due to a power outage during Monday morning rush hour, prompting several people to walk along the train's overhead tracks to the next station.

The train, which links the Thai capital to Bangkok's main international airport, stalled between stations at 7:50 a.m. and passengers were transferred to another train shortly after 10 a.m., the rail link said in a statement.

It said some passengers had opened emergency doors and "about 20 passengers" walked to the next station along the overhead tracks. Photos circulating on social media showed a group of at least 50 people walking along the tracks.

The Airport Rail Link said in its statement that the delay would have lasted only 30 minutes but the two trains sent to rescue the stranded passengers had to wait until all those walking had cleared the tracks.

Air-conditioning was cut by the power outage, and television showed several passengers being carried off the train and fanned by rescue workers once they arrived at the next station. Mid-morning temperatures in Bangkok reached 35 C (95 F).