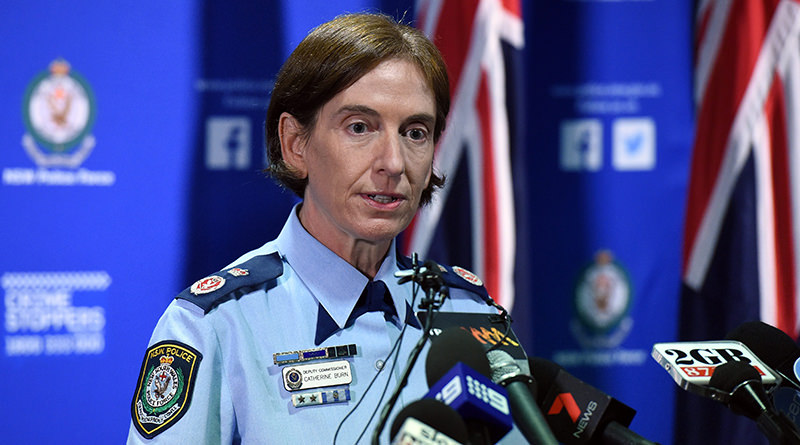 A 16-year-old schoolgirl was set to be charged Tuesday with raising money to support the Daesh terrorist group, Australian police said, warning of a "trend of teenage children" involved in such activities.

The girl and a 20-year-old man were arrested in the western Sydney suburb of Guildford in the morning, New South Wales state police Deputy Commissioner Catherine Burn said.

"We will be alleging that they were involved in obtaining money to send offshore to assist Daesh in its activities," Burn told reporters in Sydney.

"The 16-year-old girl is not somebody who is well-known to us, however it is disturbing that we are continuing to see a trend of teenage children involved in activities that they should really not be involved in at all."

The 20-year-old, named by local media as Milad Atai, faced court on one charge of financing terrorism on Tuesday, the Australian Broadcasting Corporation reported. He remains in custody and was due to appear in another Sydney court on Wednesday, the ABC added.

The charge of getting funds to, from or for a terrorist organization, which the Australian Federal Police said the teenage girl was also expected to face, carries a maximum penalty on conviction of 25 years in prison.

Burn would not say how much they allegedly collected, but added that a "number of people in this country" were raising money to finance terrorism and then send it offshore.

Federal Police Deputy Commissioner for national security, Michael Phelan, said the alleged fundraising was not linked to any plot of an attack in Australia and there was no immediate threat to the community.

Canberra has been increasingly concerned about home-grown terrorism and raised the terror threat alert level to high in September 2014.

Authorities have conducted a series of counter-terrorism raids in several cities, while the government has passed new national security laws.

Since September 2014, 14 people have been charged under Appleby, a rolling operation investigating people suspected of being involved in domestic acts of terrorism, Australians fighting in Syria and Iraq and the funding of terrorist organisations, Phelan said.

Burn said police were working to identify "all those things that might have been involved in her getting to this position".

In December, five people including a 15-year-old boy were charged in Sydney over a terror plot targeting a government building.

And in October a civilian police employee was shot dead by a boy, also 15, outside police headquarters in western Sydney. The teenager was killed in an exchange of gunfire.