Rain, floods kill over 60 people in Pakistan and Afghanistan 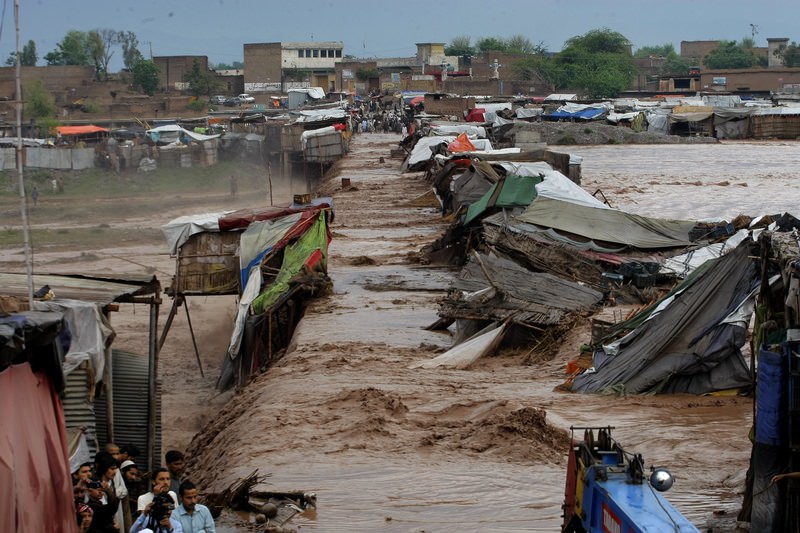 A total of 63 people have been killed and hundreds of acres of farmlands have been destroyed by flash floods triggered by torrential rains in northwest Pakistan and Afghanistan, the countries' officials said Sunday.

Latif ur Rehman said that the rains started overnight and caused flash flooding Sunday in several areas of Pakistan's Khyber Pakhtunkhwa province, killing 36 people. He added that another 27 people have been admitted to hospitals with injuries.

Meanwhile in Afghanistan, the floods killed 30 people, destroyed over 20 homes, while communications were knocked out and several roads blocked by flooding, said Wais Barmak, state minister for the Afghanistan Natural Disaster Management Authority.

Most casualties have been recorded in the central Daikundi, Uruzgan and Ghazni provinces.

Last year, avalanches and flash floods claimed the lives of at least 129 people in various provinces of Afghanistan, with the central Panjsher province being the hardest hit.

Flash floods are commonly triggered during South Asia's summer monsoon season. Rehman says residents of scores of villages close to rivers have been given warning to vacate and leave for safer places.