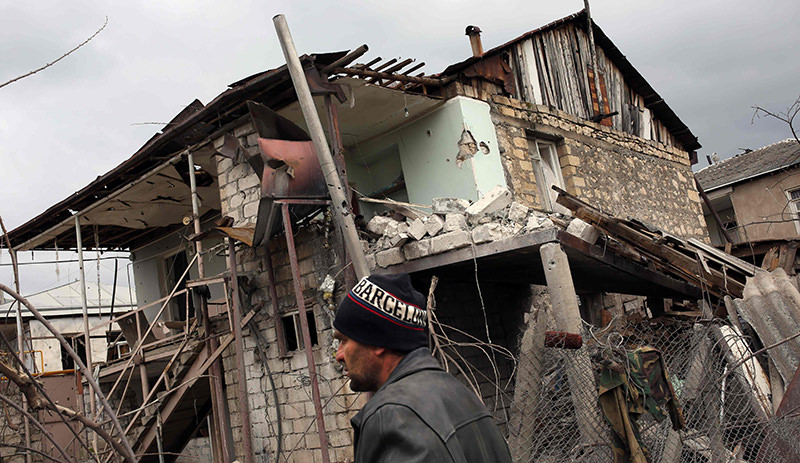 A picture taken on April 4, 2016 shows a man walking past a building, which was damaged during clashes between Armenian and Azeri forces over the Nagorny Karabakh region (AFP Photo)
by Anadolu Agency Apr 05, 2016 12:00 am

Local media reports are saying an Azerbaijani civilian was killed by Armenian artillery on Tuesday.

The Azerbaijani office of the chief prosecutor said on Monday that two civilians had died in Armenian attacks in the last two days, adding that 10 people, including a child, were injured.

Over last weekend, 12 Azerbaijani troops and more than 100 Armenian soldiers were killed in fighting over occupied Karabakh, which was seized by ethnic Armenian separatists in the early 1990s.

Three UN Security Council resolutions (853, 874 and 884) and United Nations General Assembly resolutions 19/13 and 57/298 refer to Karabakh as being part of Azerbaijan.

The Parliamentary Assembly of the Council of Europe also refers to the territory as under occupation of Armenian forces.