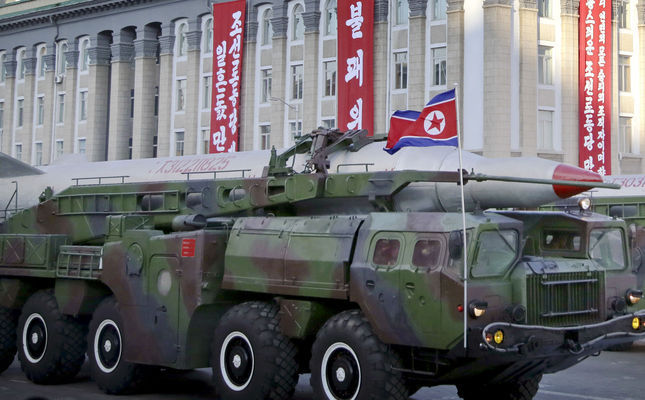 by Apr 09, 2016 12:00 am
North Korean leader Kim Jong Un supervised a successful test of a new type of engine for an intercontinental ballistic missile (ICBM), its state media said on Saturday in the latest claim of making advances in its arms programme that brought international sanctions.

The test was conducted at the country's long-range missile launch site near its west coast and was supervised by Kim, the North's KCNA news agency said.

The North said in March that it had miniaturised a nuclear warhead to be mounted on ballistic missiles and conducted a simulated re-entry test of a ballistic missile, which could indicate advances in its ICBM programme, although South Korea has raised doubts about the assertions.